I received an interesting email this weekend from a gentleman who follows the Texas Cryptid Hunter facebook site. It is an interesting account. Read it below.

“This event took place in Camp Wood, TX on the Nueces River.
October 1998

A Friend and I were camping on the riverbed, which we did every weekend.
We were not prepared for the drop in temperature so we decided to head home.
We were both riding on a small 4 wheeler. My friend was driving and I was sitting in a pile of sleeping bags, back packs and tents which were strapped to the cargo rack. 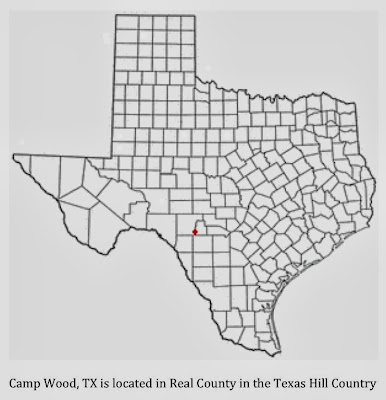 We pulled off the gravel bed and onto a dirt road. As we were passing through a grove of large oak trees, I saw something White stand up from behind a bush.
At this point we were driving very slow. It was too cold to drive fast and I didn't have a good hold on the ATV while sitting on the pile of camping supplies. My first thought was a large white bear. I pointed the creature out, saying, "What is that!"

About that time I was flung from a top the pile. My feet and arms went everywhere! I luckily kicked my friend in the arm and he grabbed my leg to keep me on board. At this point I was hanging off the back of the ATV waiting to hit the ground. Once I realized that I was still on, I opened my eyes just in time to see the "bear" before we turned back onto the gravel bar.

We went back the next morning. The brush line was on the edge of a dry creek bed. Whatever it was seemed to be about 6ft tall the night before but the creek bed was roughly 2ft deep.

The next weekend we went camping with 2 other friends at Roaring Springs. Roaring Springs is about a 20-mile drive from the site where we saw the creature the weekend before. We were Excited to tell our friends our story. However, before we could get a word they told us a similar story! 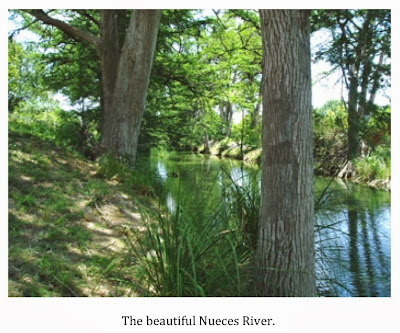 They were camping the same weekend in Roaring Springs. One of the guys walked into the brush to collect firewood. He walked up to an oak tree and bent over to grab a stick. Something large and white jumped out of the tree and landed directly in front of him! My Friend stood just shy of 6ft and had to look up at the white figure in front if him. He dropped everything and ran back to camp! Their event took place around 10pm.

Roaring Spring is a gated community in the foothills of the canyon.

We were surprised to hear our story told back to us!

Now, let’s dispense with the bear theory. The witness clearly doesn’t believe what he saw was a bear. This is evident by the way he put the word ‘bear’ in quotation marks in the original email

The account is interesting for a couple of reasons. First, the white color of the creature is unusual. Light colored wood apes have been reported on occasion but these reports are fairly rare. There were two reports about a decade ago that originated out of Newton County that involved a honey-blonde colored sasquatch. The famous Lake Worth Monster was reportedly white. Several NAWAC members have reported a massive grayish wood ape in our main area of study within the last two years. Still, light-colored wood apes are rarely reported making this account unusual.

The second aspect of this report that I find fascinating is the second-hand story the witness relates regarding the experience one of his friends had with the same, or a very similar, creature. The report of the ape jumping down out of a tree near this man is both intriguing and terrifying. Can you imagine the shock this man experienced?

You may be asking yourself, “Do wood apes climb trees?” 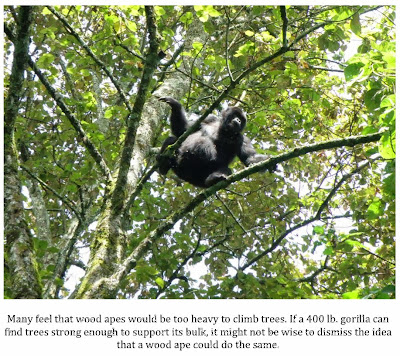 Yes, it seems they do. This really isn’t a new belief. Apes in trees, usually small or juvenile individuals, have surfaced from time to time. Harlan Ford, the man who shot the famous Honey Island Swamp footage years ago, always recommended looking up when an ape seemingly vanished into thin air. Recent events in the NAWAC’s main area of study seem to verify that apes, even surprisingly large ones, can and do climb trees on occasion. The possible reasons for doing so are many. Food gathering, nesting/resting and using trees as observation posts are just a few possibilities.

I want to be clear that the gentleman who sent me this report did give his full name and corresponded back and forth with me several times during the process of getting the story to me. While I can’t absolutely vouch for the authenticity of the report, this man didn’t do or say anything to make me doubt his credibility.

Make of it what you will.