Cliff Barackman has posted an interesting entry over on his blog, North American Bigfoot, in which he theorizes on the source of the wood-knocking phenomenon. Barackman writes:

I'm calling them knocks, but I do not think these were the sounds of wood on wood. The pitch and timbre of the sounds remained constant the whole time. This would not be true if a sasquatch was beating on trees as it passed: each tree would sound at least a little different than the one before, and at least some of them would sound very different. This simply was not the case. I have often wondered how sasquatches can answer my own knocks so quickly. It takes some time to find an appropriate knocking stick, as well as a suitable tree to hit. So much time that sasquatches are clearly not going through this process.

I think they are clapping. That is not to say that they never hit sticks against trees. I think they do, but many times they are very likely clapping.

I theorized back in May of this year, in my post More Thoughts on Wood Knocking, that the sounds being heard in the forests of North America, and thought to be wood on wood, might, instead, be the sound of hand clapping on the part of the sasquatch. This, as is pointed out in the first part of the article, is a communication technique used by known great ape species. The hand claps were used by female gorillas to get the attention of their young and also to alert the male silverback protector of an intruder's presence. Interestingly, one way the big males responded to the hand clap "alerts" was by taking a large branch and banging against the base of a tree in an apparent attempt at intimidating the human intruders. Barackman's thoughts mirror my own in many ways, though he states things much more eloquently than I.

I'm back. Contrary to popular opinion, I am not dead or incarcerated. This summer has simply been one of the busiest I can recall. Much of it has to do with the age of my children. They are into everything now, it seems. If it isn't one it is the other. Don't get me wrong; I have enjoyed every minute of it. However, it has not allowed me the time to do much with this blog or, for that matter, research. One thing I promised myself was that I would never allow this interest of mine to interfere with what was good and right for my family. I don't want to be one of the divorced, broke, and lonely researchers who have taken their search to the point of obsession. While I desperately want to get to the bottom of the sasquatch mystery, I will not short change my kids or wife in order to do it.

Having said all that, things are beginning to settle a bit. Summer is winding down and more "normal" routines are beginning to reappear. That being the case, I should be able to turn some attention back to the strange and wonderful cryptid creatures that may, or may not, in some cases, be walking the most isolated and remote portions of Texas and it's neighboring states. So, without further adieu, here we go.

I recently heard a conversation between two convenience store workers, ok I was eavesdropping, in which one employee told the other about a big cat sighting she had had only a half or mile or so from my house. This caught my ear, as there are not supposed to be any big cats in this area. I do not live in a particularly rural area but you don't have to travel too far to the north or west before it gets pretty lonesome. I figured the lady had seen a bobcat crossing the road but paused again when she mentioned a tan colored animal with a long tail. As I checked out, I asked her a couple of questions but there wasn't much she could add to what I had already heard.

I decided that I would get some cameras out and see if I could catch a glimpse of whatever it was this lady saw. I am hopeful that I will catch something on film. Yes, I said film. The cameras I have are left over from the early days of Operation Forest Vigil, the long-running camera project being conducted by the TBRC. The cameras I have are 35 mm and have a very slow shutter speed. I have half a dozen of these game cameras and figured, while my odds may not be great, there is a chance I could get a good picture. It sure won't happen with the cameras in my closet. So, I got the first one placed today along a dry creek bed as close to the location of the sighting as possible. I am having to skirt private land but think I'm ok as long as I stay in the creek bed. I plan on getting the other cameras out soon in incrementally more remote spots. In the meantime, here are several pictures of the camera location. 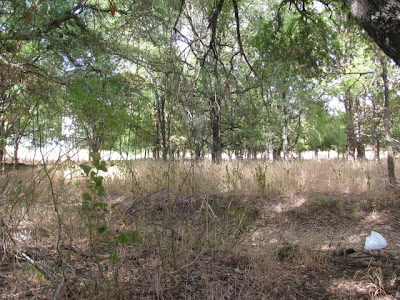 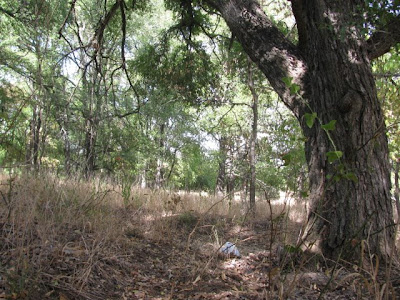 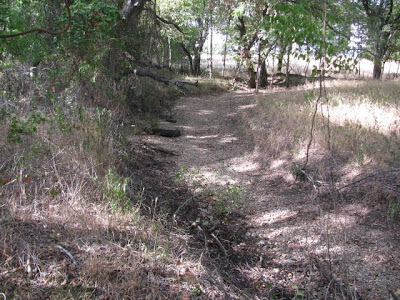 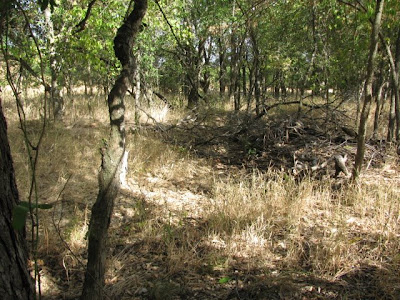 Hopefully, I will get some decent shots of local wildlife. I'm anticipating a lot of raccoon, coyote, possum, etc. and maybe, just maybe, something a bit more interesting. I'll let you know how it goes.

I just wanted to take a moment and wish everyone a happy Independence Day. A personal thanks goes out to all those brave men and women who have served and defended this great nation. Without their willingness to serve and, in many cases, make the ultimate sacrifice this great nation would not exist.

Remember we live in the land of the free BECAUSE of the brave. Please take a moment to remember this while enjoying family time, BBQ, and fireworks. Happy 4th of July everyone.
Posted by Mike at 3:51 PM No comments: