The Texas landscape is littered with the remains of towns and communities that almost made it. Some bustled and boomed for a while and grew quite large based on some regional quirk. For example, towns like Marlin and Mineral Wells grew to be quite well known in the early 1900’s because of mineral water. Saratoga boomed briefly based on the timber and oil industries. Never heard of these places? Well, they are not exactly what they used to be. The advent of penicillin spelled the end of the mineral water craze and times got hard in the oil patch of southeast Texas which put an abrupt end to the growth of these Texas towns. While Marlin, Mineral Wells and Saratoga have fallen on some lean times, at least they still exist. Other communities disappeared altogether. The ghost town of Belle Plain is one such community.

Established in 1875 by Nelson M. Smith, Belle Plain got off to a great start. Nelson platted the town site and started Belle Plain College. Within in a year, the town had several businesses and 65 residents. Belle Plain College was already making a name for itself as well due to its exemplary music program. When Callahan County was organized in 1877, residents voted Belle Plain the county seat. Two years later, the town got its own newspaper and good times seemed all but assured. Prosperity, however, lasted about as long as a mirage on the west Texas horizon. The Texas and Pacific Railroad chose to build in Baird, bypassing Belle Plain, essentially dooming the town. In an amazingly short period of time Belle Plain was gone. The newspaper relocated to Baird, the stone jailhouse was dismantled and rebuilt there as well. In 1883, Baird became the new county seat of Callahan County. The college hung on until 1892, the last store until 1897 and the post office until 1909 and, just like that, Belle Plain was gone. Today, only the ruins of Belle Plain College and an old cemetery remain to show that the town was ever really there. This is where our story begins. 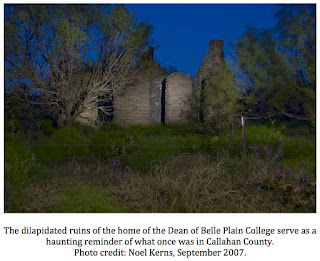 The Belle Plain cemetery has been the source of many odd reports for well over a century. The most enduring legend tells of a young boy and girl who fell madly in love with each other during Belle Plain’s heyday. The young lady’s father did not approve of the relationship and told his daughter to end it. Many things have changed since the mid to late 1870’s but the behavior of teenagers is not really one of them. The pair continued to see each other on the sly until one night they were caught. Enraged, the man sent his daughter home to her mother and told her to wait for him. Begrudgingly, the girl obeyed, leaving her young lover to face her father. Exactly, what happened next is something that will never be known. All that is known is that the boy was found dead the next day. The young girl was understandably devastated and believed her father had murdered the boy in a fit of rage. Filled with grief, and determined to defy her father and be with her lover forever, she hanged herself in a tree adjacent to the boy’s grave. To this day, people who visit the cemetery claim to have odd, and sometimes terrifying experiences. Some have reported spotting a young boy in out of date clothing watching them only to disappear when addressed. Others claim to have heard the terrible weeping and wailing of a female in awful distress, presumably the young girl still mourning her young lover. Odd lights are also occasionally seen floating and bobbing among the headstones of the old cemetery. To be sure, the area projects a creepy aura. Between the ancient cemetery and the ruins of Belle Plain College, one’s imagination can truly venture to some spooky places.

As interested as I am in Texas folklore and good tall tales, this blog is not about ghosts or the paranormal, it is about animals and creatures that may or may not exist or that are seen far from their normal ranges. There is another aspect to the legends surrounding the Belle Plain Cemetery that may better fit the cryptozoological mission of this site. In addition to the strange goings on previously mentioned, there are some other weird reports that sound suspiciously like wood ape, or sasquatch, sightings and behavior. There have been several reported sightings of huge, hulking creatures that are covered in hair and approaching eight feet in height roaming the rear portion of the cemetery. Witnesses have described the creatures to be twice the size of a large, athletic male in colors ranging from dark brown to white with glowing green eyes. Long powerful howls, much deeper in tone than those of coyotes, growls and mumbling have been reported along with the sound of an unseen bipedal walker that shadows visitors while remaining out of sight. Some believe these creatures are the guardians of the souls interred here. I do not know about that but can tell you that there have been more than a few wood ape sightings originating from cemeteries in the Lone Star State. Why this might be I cannot say, but it has been reported often enough to be noticeable to those who pay attention to such things. 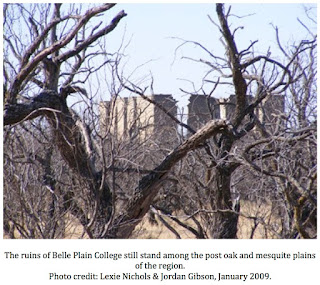 I realize some will criticize this post as being more of a ghost story than a cryptid story. I suppose they might even be right to feel that way; yet, there does seem to be a biological entity responsible for some of the more bigfoot-like sightings in the Belle Plain Cemetery. Regardless, I have once again found myself fascinated by a small piece of Texas history of which few are aware and wanted to share it.

After all, who doesn’t love a good story?

*If there are readers up in Callahan County who have had any odd experiences in the Belle Plain area, I would enjoy hearing about them. You can leave a comment below or email me at Texascryptidhunter@yahoo.com.

**Special thanks to my fellow NAWAC member Jerry Hestand for making me aware of the history of Belle Plain. 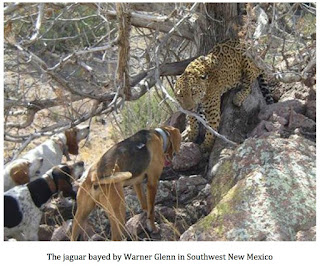 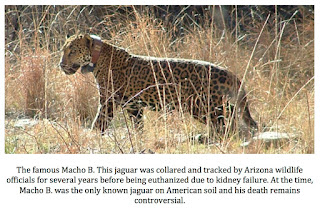