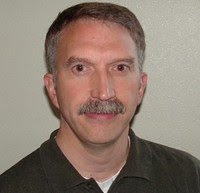 Below is a short video featuring Dr. Jeffrey Meldrum. If you pay any attention to the sasquatch mystery at all, Dr. Meldrum is no stranger to you. He is generally regarded as one of the two or three leading experts on the sasquatch. His book, Sasquatch: Legend Meets Science is a must read for anyone interested in the bigfoot phenomenon.

Dr. Meldrum's academic credentials are impeccable. He is an associate professor of anatomy and anthropology at Idaho State University and a research assistant of the Idaho Museum of Natural History. He holds a B.S. and an M.S. in zoology from Brigham Young University, specializing in vertebrate locomotion, and a Ph.D. in anatomical sciences, with an emphasis on physical anthropology, from SUNY Stony Brook in 1989. His research centers on vertebrate evolutionary morphology, with an emphasis on human bipedalism. Dr. Meldrum became actively involved in sasquatch research after examining fresh tracks in southeastern Washington's Blue Mountains in 1996. All of that to say the guy knows feet and footprints.

The video is short, only about five minutes long, and was produced by National Geographic.I do not know for sure if it is a snippet from a longer program. This would seem to make sense but I have yet to hear about a new sasquatch themed National Geographic project/program. If so, let's all hope the subject is taken a bit more seriously than in their infamous Is It Real? program which was a complete joke.

From what I see in this clip, if it is part of a longer program, I am encouraged. While there is the typical spooky music and dramatic narration, the subject is treated respectfully. The two topics that are touched on, albeit briefly, are the morphology of the sasquatch foot, as reconstructed by Dr. Meldrum using his extensive track casting collection and the perennial question as to why no bones/remains of a sasquatch have ever been located. Obviously, with the clip being so short, it offers only a brief overview of why Dr. Meldrum believes the sasquatch to be a living and breathing species. It is educational nonetheless.

On a personal note, I had the privilege of meeting Dr. Meldrum a couple of years ago in San Antonio, Texas. At the time, the Institute of Texan Cultures, working closely with the TBRC, was featuring an exhibit on bigfoot and the possibility that it could be living in the Lone Star State. The exhibit ran for about a month, if I remember correctly, and featured some impressive speakers on each Saturday of its run. Speakers included Rick Noll, Loren Coleman, Daryl Colyer, Alton Higgins, Jimmy Chilcutt, and Dr. Jeffrey Meldrum, among others. I, and a small group of TBRC members, was able to spend several hours in conversation with Dr. Meldrum the evening after he spoke. He is a very nice and polite man who patiently endured many questions, most he had undoubtedly answered many times before, from me. He is extremely intelligent and thoughtful in everything he says.