The Expanding Role of Camera Traps

A great article recently appeared on The Guardian website hailing the use of camera traps and how they are revolutionizing conservation. You can access the article here. I hope you will take the time to read it in full but I will attempt to summarize it for you below.

Writer Jeremy Hance notes some of the major discoveries that have been made by camera traps over the last few years. The list is extensive. The Amur leopard (Panthera pardus orientalis) was documented in China for the first time in 62 years by a camera trap. A remote camera provided proof that the world’s rarest rhino, the Javan (Rhinoceros sondaicus), was breeding as a photo of a female with a calf was captured. The hairy-nosed otter (Lutra sumatrana) was rediscovered in Malaysia, a wolverine (Gulo gulo) was documented in California for the first time since 1922, the first video ever shot of the rare Bornean bay cat (Pardofelis badia) was captured, a rare short-eared dog (Atelocynus microtis) was photographed hunting amphibians in the Amazon, and the Siamese crocodile (Crocodylus siamensis) was shown to still inhabit Cambodia. 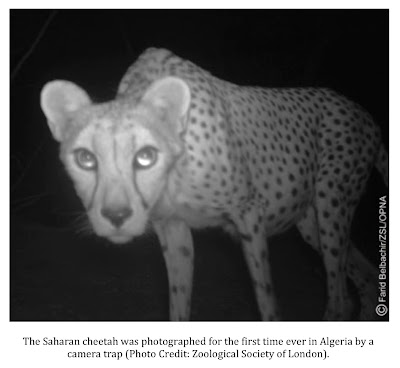 Some species were photographed successfully in the wild for the first time ever by camera traps. This list would include the Saharan cheetah (Acinonyx jubatus hecki) and the giant muntjac deer (Muntiacus vuquangensis) of Southeast Asia.

Camera traps also provided the means for the discovery of some previously unknown species. Foremost among these would be the Annamite striped rabbit (Nesolagus timminsi) of Southeast Asia and the grey-faced sengi (Rhynchocyon udzungwensis) of Tanzania.

The author touts the usefulness of camera traps in raising conservation awareness worldwide. A picture, of course, is worth a thousand words, and photos of rare and endangered animals grab the public in a way no press release ever can.

Hance also provides a brief history lesson on the art of camera trapping. He details the first such devices used to snap photos used by photography pioneer George Shiras in the late 1890’s. These devices used trip wires and flash bulbs to capture animals on film. Early photos captured by Shiras in this way appeared in National Geographic magazine are likely the first camera trap pictures published.

Hance also details the many problems faced by users of early camera traps. I could relate to the issues he mentioned. I started out using 35mm film cameras and it was not a cheap proposition. Battery purchases were far more frequent than with digital models and the expense of buying film added up in a hurry. The worst part was you did not know if you had even photographed anything worth the cost of developing the film. It was quite frustrating to have purchased a 24 exposure roll of film, trek out to the middle of nowhere to retrieve it, wait a week to have it developed, and then find you had only six photos taken and they were all due to false triggers. Those of us now using digital models are quite spoiled. No two ways about it. 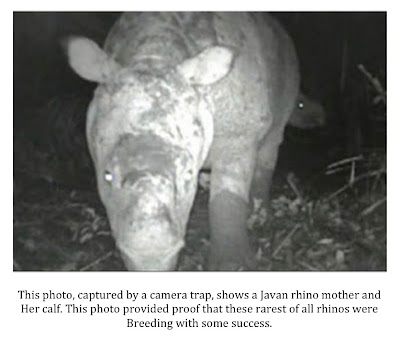 Hance also delves into what may be to come with camera traps. He notes that the practice is now widely accepted as scientifically viable and is on the brink of expanding to new areas of study. Cameras could be placed in rainforest canopies to study birds, reptiles, and monkeys. He also mentions something I’ve not given much thought to and that is the use of these cameras underwater to study marine life. How cool would that be?

I leave you with the following statement from the article which I think sums things up nicely:

I think that about says it all.

Source: http://www.guardian.co.uk/environment/2011/dec/06/wildlife-camera-traps-conservation?fb=native&CMP=FBCNETTXT9038
Posted by Mike at 9:19 AM