Most Recent European Great Ape Discovered; Provides Clues to the Adaptability of the Great Ape Diet

According to an article on the Science Daily website, a team of scientists from Germany, Bulgaria, and France have discovered a 7 million year old hominid molar that proves that great apes survived much later in Europe than had been thought.

The tooth, a pre-molar, of a hominid was discovered near the Bulgarian town of Chirpan and proves that great apes were present in Europe until 7 million years ago. This is 2 million years later than anyone previously believed. Scientists from the Bulgarian Academy of Science, the French Centre national de la Recherche Scientifique, and the Senckenberg Center for Human Evolution and Paleoenvironment at the University of Tubingen teamed up on the project and share credit for this discovery which may cause some major changes in how the timeline of hominid evolution is viewed. 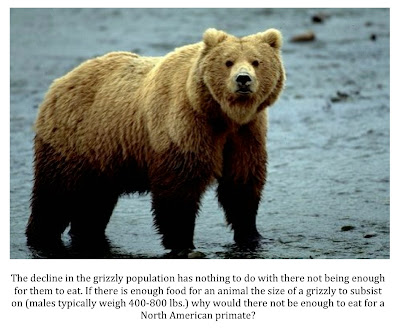 Scientists have long thought that great apes went extinct in Europe approximately 9 million years ago due to changing climactic and environmental conditions. The gradual change of European ecosystems from thick jungles and evergreen forests to a savannah-like landscape with a seasonal climate was thought to be too much for apes, who were heavily dependent on fruit, to survive. This newly discovered pre-molar, identified as hominid based on morphology and the thickness of the enamel, was discovered in fossiliferous sands estimated to be 7 million years old. Whatever this European great ape was, it post-dates the Ouranopithecus macedonensis fossils, found in Greece, by 2.2 million years.

Scientists found other animals in the fossil bearing level of sediment that one would expect to find in a savannah environment. The fossilized remains of elephants, giraffes, gazelles, antelopes, rhinos, and sabre-toothed cats were all found in the strata with the hominid tooth. The discovery strongly suggests that European hominids were able to adapt to the environmental changes far more easily than previously suspected. This hypothesis is backed up further by analysis of the tooth’s masticatory surface under an electron microscope. This analysis revealed that the Bulgarian hominid had partaken of some rough and abrasive foods like grass, seeds, and nuts. This diet would make the Bulgarian ape’s feeding behavior very similar to that of later African hominids like the australopithecids who survived up until about 4 million years ago.

The article, which you can access here, goes on to share some thoughts about where the origins of humans might actually lie. Scientists have long thought that human evolution took place exclusively in Africa and that humans migrated to other continents from there. Evidence is beginning to pile up that point to a significant part of human evolution taking place in Europe and western Asia. What really caught my eye, however, was the final statement in the article which says in part, “…both investigations document an at least 10 million year lasting population of great apes in Europe and a significant evolution from fruit-eaters to harder object feeders.”

Followers of this site likely can guess where I’m going next. If the great apes of Europe were able to successfully adapt to a pretty substantial change in climate and transition from feeding almost exclusively on fruit to eating all manner of rougher foods, why couldn't a great ape that had migrated to North America do the same? The short answer, in my opinion, is that they could...and did. Many will concede the point that it is possible for an ape to subsist on rougher foods than fruit but few think it is possible that it could have happened here in North America, much less the bottom-lands of the south. The environment, the thinking goes, simply is not rich enough to support a population of large apes. The seeming paucity of food on our continent has long been one of the primary objections by mainstream scientists to the possible existence of the sasquatch. Great apes simply could not survive on the types of food found here, they claim. 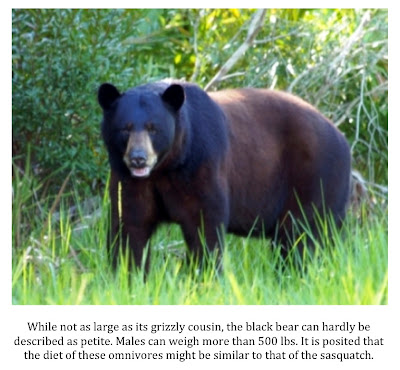 Sasquatch researchers have long argued that our continent is rich in food-stuff and that there is an abundance of edibles that could sustain a population of large primates. Pine nuts, hickory nuts, acorns, various algaes (black algae) and fungi (mushrooms), greenbriar, various tubers, berries, many types of seeds, and the like are all abundant. This is especially true of the bottom-lands of the American south. Wildlife biologist Dr. John Bindernagel, who visited east Texas in 2001 and 2002, was struck by the richness and scope of the region's forests, which are predominantly mixed deciduous, as opposed to the largely coniferous forests of the Pacific Northwest. Dr. Bindernagel recognized the value and productivity of deciduous forests in terms of wildlife habitat and he pointed out that large species of mammals living in southern forests would almost certainly require smaller home ranges than in northern coniferous forests. Anecdotal evidence also strongly suggests that America’s great ape is omnivorous. When you add items like small mammals, deer, shellfish, insects, frogs, grubs, worms, fish, eggs, and birds to the menu, you have a veritable buffet in the forests and bottoms of the south.

It would seem disingenuous to claim there is not an adequate enough food supply in North America to support a large primate when the continent has shown it is capable of supporting animals the size of the grizzly bear (Ursus arctos horribilis) and the black bear (Ursus americanus), not to mention a large number of Native American tribes, some of whom lived in what would seem to be very inhospitable regions, for thousands of years. When that is taken into consideration, to still claim there is not enough food to sustain a small population of large primates is ludicrous. One could argue the evidence needed to prove the sasquatch is real beyond the shadow of a doubt is lacking. That is something I can understand and will gladly discuss. To simply dismiss the possibility of a North American primate outright due to the “fact” that there is nothing for it to eat, however, is ridiculous and indicates laziness on the part of any who take that stand. Don't believe me? Just do a quick Google search on edible North American plants and see what you come up with. Anyone who argues that there isn't enough food for an animal the size of the sasquatch to subsist on simply has not done their homework.

But, you may ask, didn't black bears disappear from the Ark-La-Tex-Oma region? Doesn't that show the area can't sustain a population of large omnivores? No, it does not. Black bears were extirpated by human hunters and did not disappear due to any environmental factors. Take a look below at a passage from a paper written by TBRC members Alton Higgins and Daryl Colyer that addresses this very point:

"Did black bears disappear from East Texas because of a shortage of suitable habitat? No, or so says the Texas Parks and Wildlife Department. Biologists conducted a black bear habitat suitability study in four areas of East Texas: the Sulphur River Bottom (51,000 acres), the Big Thicket National Preserve (97,000 acres), the Middle Neches River Corridor (247,000 acres), and the Lower Neches River Corridor (312,000 acres). The purpose of the study was to determine the suitability of habitat in East Texas for the black bear, a large omnivorous mammal. The study is relevant because there may be a correlation between purported sasquatch and suitable black bear habitat. If an area is suitable for a large omnivore such as the black bear, it seems reasonable to posit that it is just as likely to be suitable for a small population of omnivorous sasquatches. 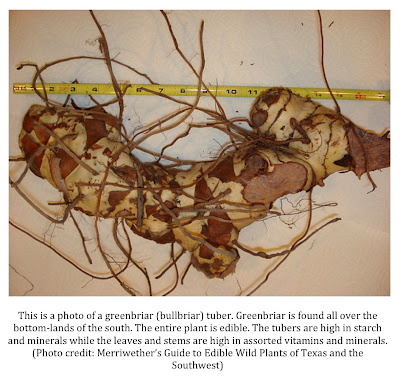 Overall, the study indicated that the most suitable region for bears among the four study areas was the Middle Neches River Corridor, followed in order by the Lower Neches River Corridor, the Sulphur River Bottom, and the Big Thicket National Preserve. All four areas have had an abundance of bigfoot sighting reports.

Environmental suitability issues were also addressed by another group of scientists. While the curators of Chimp Haven in Northwest Louisiana probably do not spend too much time contemplating black bear habitat factors, they do devote much of their time discussing and evaluating primate habitat. According to their web site, Chimp Haven provides a permanent home for chimpanzees (Pan troglodytes) retired from biomedical research, the entertainment industry, and those no longer wanted as pets. Their new sanctuary, presently under construction, is planned to accommodate 300 chimpanzees, animals which may be the closest relatives of sasquatches. Due to its ecology and climate, Chimp Haven curators believe that Northwest Louisiana is ideal primate habitat. Western Louisiana and East Texas are virtually ecological clones. It should come as no surprise that Northwest Louisiana was selected as the new site of Chimp Haven’s operations, given what we believe about sasquatch habitat."

The discovery of a Bulgarian hominid that survived in the savannah grasslands of Europe until 7 million years ago strongly implies that great apes have the ability to eat all manner of items and can adapt more easily and faster than anyone previously suspected to a variety of ecosystems and habitats. If the great apes of Europe could adapt to a seasonal climate and rougher diet, why could an ape that had migrated to North America not do the same?