The Cougar of Sierra Blanca

The picture below was sent to me by a reader who, noting the unusually dark color of the cougar, wondered if it, and others like it, might not be responsible for black panther sightings in Texas and other areas of the country. 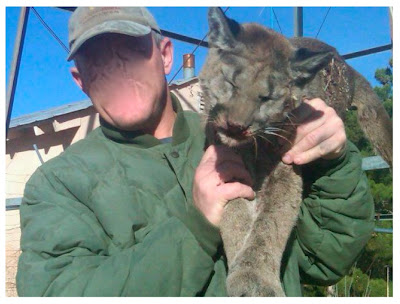 According to what I've read, this cougar was taken in far west Texas near Sierra Blanca. Sierra Blanca sits in the Trans-Pecos region of the Lone Star State in Hudspeth County (see graphic below). This is an area of the state which is recognized by the Texas Parks & Wildlife Department as having a breeding mountain lion population. That being the case, a mountain lion in the area is not out of place. The coloration of the lion, though, makes it a somewhat unusual specimen. 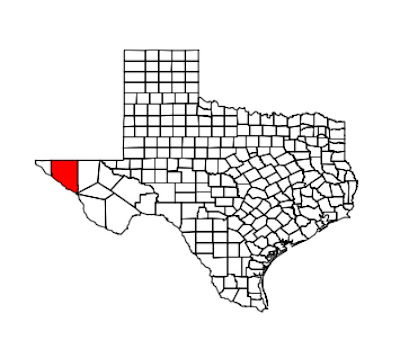 The animal in the photo is unusually dark for a cougar but far from the dark black color reported by witnesses who claim to have seen a black panther. Having said that, I can see where a dark cougar, like this one, could easily be misidentified as being black in color at night or low-light conditions. 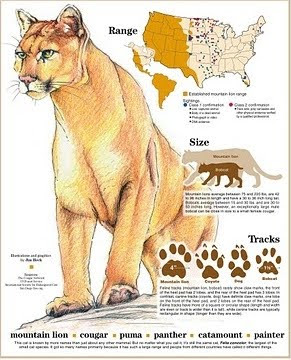 I don't feel this cat satisfactorily explains black panther sightings across the state. Cougars as dark as this one are rare to be sure as this is only the second photo I've come across of one this dark; however, these cats go through phases when their coats are thicker or thinner depending on the time of year. No doubt, this affects coloration. Still, this cat is unusually dark. Since this coloration, seemingly, is seen only sporadically it can't be the basis for all black panther sightings; many of which that have occurred in broad daylight. In addition to that, this cat's coloration is still far lighter than the truly melanistic cats described by many witnesses. 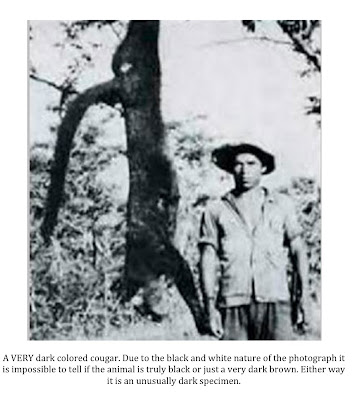 The question that may need to be asked is this; if cougars can get as dark as the individual animal in the photo above could they get darker still? If so, then the black panthers of Texas might not be an impossibility after all.
Posted by Mike at 1:39 PM