The discovery of what may be a new “flat-faced” human species in Africa has the scientific community buzzing. You can read about the discovery on the LiveScience website here.

While final classification of the species is still to be determined, and, no doubt, will be argued over for years, many scientists are leaning strongly toward labeling the species as Homo. The human lineage of Homo, is thought to have evolved in Africa about 2.5 million years ago. Most scientists feel that the oldest and most direct member of modern human lineage was Homo erectus. That theory remains unchanged but new finds challenge the notion that Homo erectus was the only member of the human family roaming the African plains all those years ago. In fact, as the fossil record stacks up, it seems that the genus Homo was much more diverse than anyone realized. 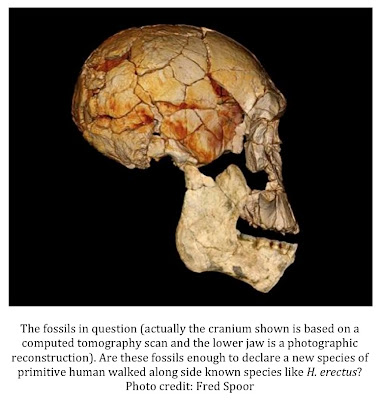 Researcher Meave Leakey, of the Turkana Basin Institute in Nairobi, Kenya, made the following statement to LiveScience, “Two species of the genus Homo, our own genus, lived alongside our direct ancestor, Homo erectus, nearly 2 million years ago.” Leakey is referring to Homo habilis, a small-brained hominid with a more apelike appearance than that of Homo erectus, and to Homo rudolfensis which possessed a larger brain and flatter face than Homo habilis. Some scientists would throw in a third species. While its inclusion in the genus Homo is still being debated hotly in some circles, the famous “hobbit,” otherwise known as Homo floresiensis, likely shared the planet with these other early hominoids.

Some who have a more linear view of human evolution have a problem with the notion that many different members of the genus Homo lived alongside each other at the same time. According to Fred Spoor of the Max Planck Institute for Evolutionary Anthropology in Leipzig, Germany that should not be the case at all. “This shows east Africa about 2 million years ago was quite a crowded place with many diverse species of early Homo,” he said.

As stated above, the debate over how to classify these new fossils will likely go on for years. Some scientists have already expressed reservations about whether or not these new fossils are enough to declare that a new human species has been discovered. They point out that the process of classification is often quite subjective and that, rightly or wrongly, there is more funding available for research involving “us” than there is for research involving other species or lineages. That being the case, the tendency to call something a human relative until it is definitively proven otherwise is ever present.

Leakey has no such reservations, however. “These are really distinctive profiles – it really shows something completely different,” he said. “I feel pretty confident that we’re not just dealing with variation in one species.” 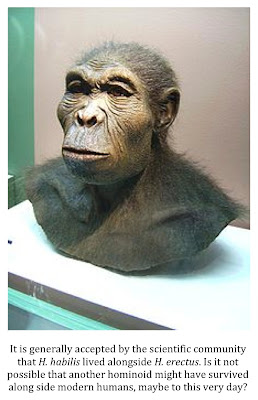 However this new species is ultimately classified, one thing has become clear and that is that multiple species of large upright hominoids shared the planet for long periods of time. I find it ironic that those in the scientific community who enthusiastically endorse this view are so quick to dismiss the idea that another bipedal primate, like the sasquatch, could exist in the remote corners of the world today. After all, some of these other upright species were alive and well until very recently. Maybe something else has survived and continued to live alongside us.

The possibility just doesn’t seem outlandish to me at all.