According to a report from south Texas ABC affiliate KRGV, there is a black bear roaming the area around the small community of Falcon Heights.

Texas Parks and Wildlife officials have been called in to track and keep tabs of the wayward bruin. They speculate that the bear crossed into Texas from Mexico in an attempt to escape severe drought conditions south of the border. The entire situation is big news in this part of the Lone Star State as it has been 55 years since the last confirmed black bear sighting in Starr County. 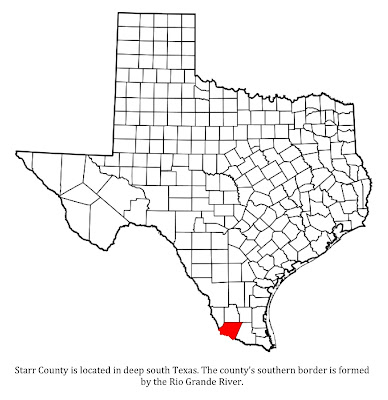 Captain Fernando Cervantes of the TPWD stressed that locals need to use caution and not harass or hunt the bear.

“What we don’t recommend is people trying to take it or kill it. It is illegal,” he said. “It’s a protected species and we don’t want people killing it.”

Cervantes stated that the bear may be laying low in an area of dense brush in an unpopulated area about two miles south of Falcon Dam but worries that the bear’s hunger could drive him closer to various small communities. He hopes that TPWD officials can trap the bear before anything unfortunate occurs. 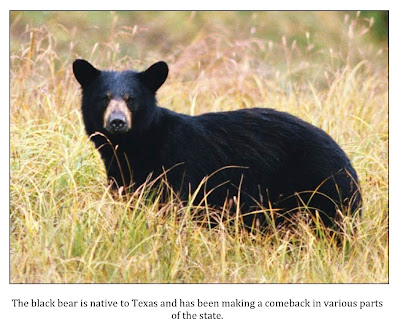 “We will trap this bear and relocate him to a safe location where it will be away from the public where he won’t hurt anybody and nobody will hurt him,” said Cervantes.

Cervantes does not say where the bear would be relocated if it is caught but my guess would be somewhere in the Trans-Pecos area of the state. The Big Bend area or the Davis Mountains would be likely relocation areas.

It should be remembered that black bears are native to Texas and once roamed east Texas as well as south and far west portions of the state. Hunting completely extirpated the bruins in east Texas and very nearly did the same in the more remote portions of the state where only periodic sightings were reported for decades. Black bears are making a serious comeback in Texas with healthy populations in Louisiana, Arkansas, and Oklahoma beginning to expand back into the Piney Woods of east Texas. Bear from New Mexico and Mexico continue to cross back into Texas as well with sightings reported as far north and east as the Brady, Texas area within the last year.

If you spot a black bear contact the Texas Parks and Wildlife Department immediately.