I thought I would take a few moments and catch everyone up on my activities this past week. If you have been paying any attention to this site at all of late you know that we’ve had some excitement here in Bell County over the last couple of months. Here is a quick rundown of where things currently stand.

Back in June, there were some livestock kills in western Bell County that got the attention of the Killeen Daily Herald and Waco television station KWTX. There has been much speculation on just what the predator might be. Theories range from coyotes, to wolves, to a mountain lion. I currently have two game cameras out on some property very near the location of the livestock kills. I have not yet captured photos of anything unusual on the property but am due to check the memory cards again at the end of the week. 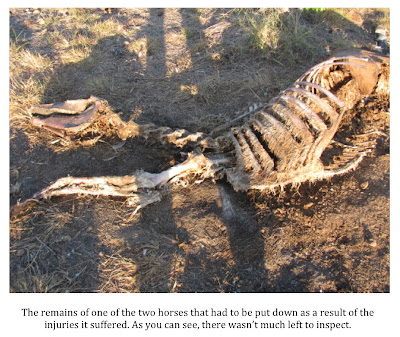 Things in the area took a nasty turn last week when something attacked several horses in north Bell County. Two of the horses were injured so badly that they had to be euthanized. Again, I wrote a post on the story. Things started moving quickly at that point. One of the horse owners emailed me and included photos of the wounds suffered by the animals. We emailed back and forth a couple of times and I offered to place cameras on the property in an effort to find out just what the predator might be. Beth Androuais, a reporter from the Temple Daily Telegram, contacted me and asked my opinion regarding what the predator might be and said that the owner of the property where the horses were attacked was interested in speaking to me. She put me in touch with the property owner and I was invited to place two game cameras on the property. 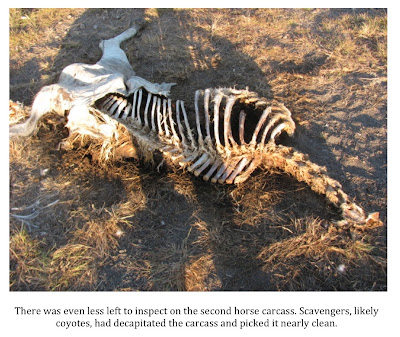 This past Thursday, August 4th, I visited the property. The two horses that had been euthanized had been moved to the far back portion of the property but had not been buried. I was able to view what was left of them but between scavengers and decomposition there just wasn’t too much to be discerned. I then proceeded to walk the fence-line around the property. The barbed wire was all in good shape and I found no sign that these horses were injured by running through, or into, any of the barbed wire surrounding the property. 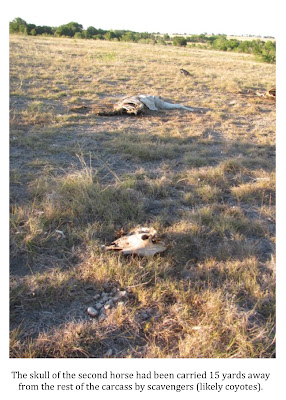 Sufficiently satisfied that the injuries to the horses were caused by an animal of some sort, I began to seek out possible camera locations. There is a dry creek that bisects the property that I believe is being used as a travel route by any number of animals. The creek is surrounded in several spots by large pockets of thick brush. It would be very easy for any sort of animal to travel on and off the property by using the dry creek bed. The brush on the property, and the properties adjacent to it, would also make ideal places for something to lay low during the brutally hot days we are currently suffering here in central Texas. I placed a camera in the creek bed in the hopes of catching whatever is coming and going on this travel route. 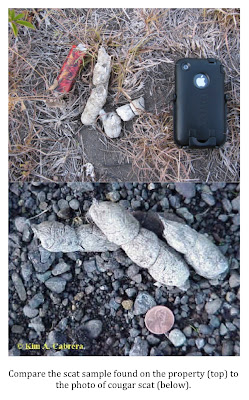 With the help of the two horse owners, an animal trail was located cutting through a corner of the property and into the creek bed. The trail went through/under a section of barbed wire fence and into a section of the creek that was surrounded by some extremely thick and nasty brush. I located two tufts of tawny colored hair on the fence. The hair was stuck on the middle two sections of barbed wire (four wire fence). The hair was short and very soft. It was almost downy in texture. Obviously, I can’t say for sure what type of hair it is but feel confident that it does not belong to a coyote, or hog. It just wasn’t coarse enough. Within twenty feet of the spot where the hair was located, right in the middle of the trail, was a pretty large scat. The scat contained hair and pieces of bone. It was white in color and about an inch or inch and a half in diameter and roughly six inches in length. The combination of the scat and the hair within twenty feet of each other convinced me that this would be a good camera location. The camera was set shortly before dark and we retreated to the home of the property owner. 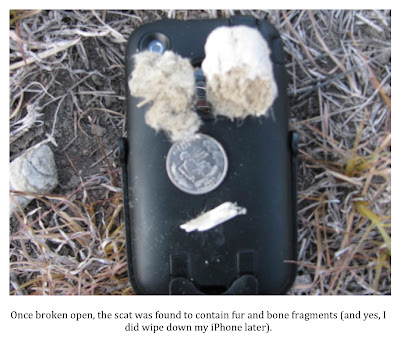 I agreed to return and check the memory cards in about two weeks. The property owner also agreed to let me know if she saw or heard anything unusual before my scheduled return. The horses are being kept penned up close to the house for the foreseeable future. That being the case, I’m not sure there will be anything on the property that would draw in a large predator. Even if this turns out to be the case, I am hoping that the animal or animals responsible for these attacks will continue to use the creek bed as a travel route. If so, I will still have a chance to get the photo we are all looking for.