Of Woodpeckers, Ghost Grizzlies, and Bigfoot 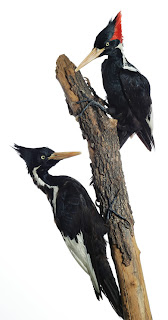 Now that some of the Ivory-billed mania has died down a bit, I thought I would add a few of my thoughts on this elusive bird, how it and other rare animals may have adapted to survive, and the similar difficulties faced by searchers of the IBW and other rare and/or undocumented animals.

The biologists who think the Ivory-billed Woodpecker still exists in the most remote forests and swamps of the deep south speculate that they are extremely wary. It is true that not a whole lot is known about IBW behavior but I think it is logical to assume it would behave much as other woodpeckers would in regards to interaction with humans. Many woodpeckers are quite shy around people and difficult to photograph. They will play a game of hide and seek with would be photographers and bird watchers, continually shifting positions to keep the trunk of a tree between themselves and their human pursuers. If the IBW was already a shy and reclusive species, like other woodpeckers, when their numbers were high then they would likely be incredibly wary now. As their habitat and numbers dwindled only the members of the species who were the most wary would have remained. It is likely, as a result of natural selection, that these individuals would have produced a generation of ultra-shy and reclusive birds. Even biologists involved in the well funded Cornell search for the Ivory-billed Woodpecker in Arkansas estimated there was an 80% chance of missing the bird altogether in their main research area. The Ivory-billed Woodpecker was given many nicknames over the years one of which was the "Ghost Bird." It seems this name was very well deserved.

"On the other hand, failure to find the birds in a given area is no proof that they are not there, for they are not noisy except when disturbed; their voice does not carry nearly as far as that of the Pileated Woodpecker and in the big trees which they normally frequent they are easily overlooked. We camped for five days within three hundred feet of one nest and, except when the birds were about to change places on the nest or were disturbed, seldom heard them. We had great difficulty in following them through the woods to learn their feeding habits even after becoming very familiar with their notes. The senior author at one time stood under a giant oak and caught in his hand chips of bark and wood than an Ivory-bill was scaling from a dead branch high in the tree without either one being able to see the other. We had hunted for three days for this particular pair of birds without ever hearing them, even though we were frequently within three hundred yards of the nest, which we finally found because we happened to be within hearing distance when the birds changed places on the nest."

This process, by which, an incredibly wary remnant population of Ivory-billed Woodpeckers may have been produced has been observed in other species, including large mammals. Mainstream scientists have long thought the grizzly bear extirpated from the South San Juan Wilderness area of Colorado. Persistently, and irritatingly to some biologists, sightings of grizzlies in the area continue to trickle in on a fairly regular basis. It has been theorized that this remnant population of grizzlies has become incredibly cautious and wary. Many who believe this great bear to still be present in the region have gone on to speculate they have become almost totally nocturnal. This behavior would be an adaptation that would make contact with humans unlikely and ensure only the most wary of all grizzlies would reproduce. These bears have been dubbed the "Ghost Grizzlies" of the San Juans. Several good books have been written on this topic. Ghost Grizzlies: Does the great bear still haunt Colorado? by David Petersen and The Lost Grizzlies: A Search for Survivors in the Wilderness of Colorado by Rick Bass foremost among them. Could the reclusive behaviors of the IBW and the grizzlies of Colorado be applied to another legendary cryptid? 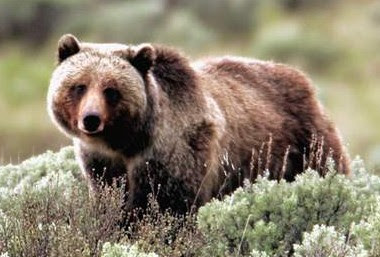 Based on what we know about the behaviors of stressed and endangered animal populations, it is not surprising the sasquatch has not yet been documented. Many will claim what is known about IBW and grizzlies cannot be applied to a species that may not even exist. I will concede that to entertain my theory one will have to entertain the possibility that the sasquatch does exist. Once this is accepted as a possibility, then it seems logical, to me at least, to think that the sasquatch may very well be 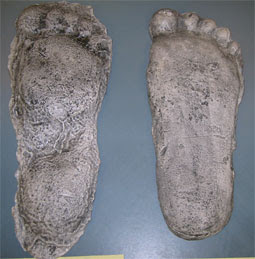 behaving in a similar fashion to other threatened species. They would be very wary and cautious. They would likely make every effort not to be seen by humans. Much like the IBW, the areas the sasquatch is thought to inhabit in the south are very inhospitable to humans. Areas where sightings are reported the most often in Texas are low in elevation, marshy, swampy, and heavily wooded. The undergrowth is often so thick and thorny it makes traversing the terrain all but impossible. These areas are an evaders paradise. From personal experience I can say that it would be very easy, even for a large animal, to remain hidden from human eyes simply by ducking behind a tree and being still and quiet. The sasquatch, like the "ghost grizzlies" of the San Juans, may prefer to move about mainly at night. This is a startling departure from the behavior of other great apes, however, it may be an adaptation necessary to ensure the survival of the species. It is likely that the sasquatch started out as a very wary species. Over time diminishing habitat and human encroachment, along with natural selection, have likely produced a super stealthy and reclusive population of animals. Many who read this piece will see the quote from Allen & Kellogg's article above which says in part, "On the other hand, failure to find the birds in a given area is no proof that they are not there," and be reminded of the old sasquatch researcher's mantra that says, "Absence of evidence is not evidence of absence." I think it is an apt comparison.

Most people tend to think of animals as sort of wandering about the forest totally oblivious to whether or not people are present. This is simply not the case. It is accepted that there are animal species that intentionally hide from and avoid humans. If the animal in question is very rare to begin with, is very quiet, and intentionally hides from humans it is going to be extremely difficult to get a glimpse of. When you add the inhospitable habitats in which the species discussed here live to the equation the enormity of the task of discovery begins to crystallize. These factors will continue to be a stumbling block to those who seek to document a new species, like the sasquatch, or a remnant population of known animals like the Ivory-billed Woodpecker or the grizzly bear of Colorado.

My hat is off to those who continue to try.

*My thanks to my friend Alton Higgins for the heads up on the article from The Auk. Alton continues to be an invaluable source of information for this site.
Posted by Mike at 4:14 PM