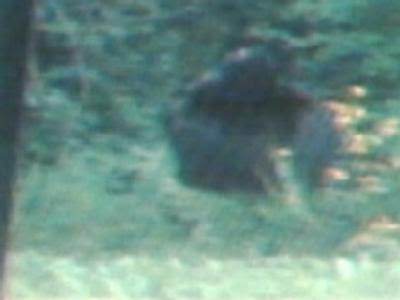 There is a new photo making the rounds on the internet that was allegedly snapped by a game camera in Kentucky. Many are speculating that it could be a photograph of a sasquatch. I must admit that, while inconclusive, it is a bit more intriguing than the usual "blobsquatch" photos that have become too common.

Below is the news story about the photo and how it came about.

I'm not sure what appears in the photo. It just isn't clear enough. I do feel it, once again, shows how game cameras could be used to eventually document this species. Assuming the sasquatch is real, and I believe it is, it is just a matter of time until a clear photo is taken. Now whether a photo will be enough for mainstream science to recognize the existence of this animal is another question.
Posted by Mike at 9:17 PM