I just returned from the Texas Bigfoot Conference in Tyler, Texas. I've got to say that the line up of speakers was sensational. Attendees were treated to a virtual who's who in the field of serious sasquatch research. Some of the highlights are summarized below. 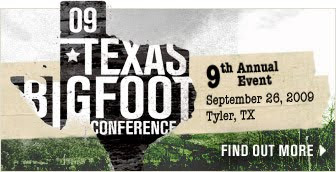 Primate biologist Esteban Sarmiento gave a very informative talk on great ape anatomy. He discussed physical characteristics of chimpanzees, gorillas, bonobos, and orangutans and then compared what is known about these great apes versus physical characteristics and locomotion demonstrated by the sasquatch filmed by Roger Patterson and Bob Gimlin at Bluff Creek in 1967.

Baylor University sociology professors Chris Bader and Carson Mencken presented the results of two different surveys they undertook regarding the demographics of those who casually believe the sasquatch is a real animal versus those who seriously research the sasquatch phenomenon. This survey will be available soon online at the TBRC website and, hopefully, here on this site. The results were quite interesting and in direct contrast to the way researchers are often portrayed in the media. 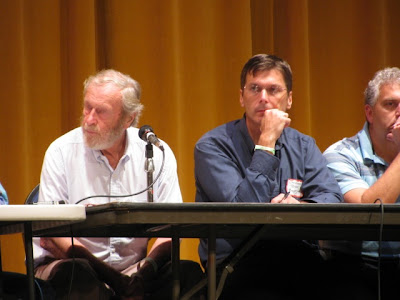 Wildlife biologist and naturalist John Mioncynzski spoke about the strategies he and Dr. Jeff Meldrum of Idaho State University are using in their North American Ape Project. He spoke about plant surveys which can help indicate if there is enough food in a given area to support an animal the size of a sasquatch, discussed advantages of gigantism for survival, and several other fascinating tidbits which really got me thinking about some ways to tweak existing research strategies. I was also privileged to hear about Mioncynzski's own encounter with what he believes was a sasquatch back in the early 1970s. This encounter was featured prominently on The History Channel's Giganto: The Real King Kong. His story of having his tent collapsed by the creature and then having pinecones lobbed at him from the brush for the rest of the evening was mesmerizing. 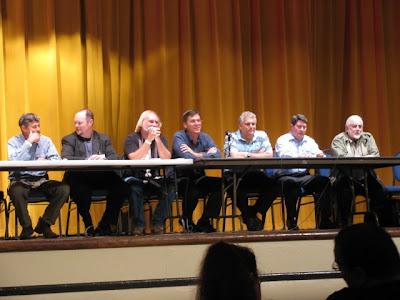 Maybe the true high point of the conference was the banquet that evening featuring adventurer, wildlife author, and naturalist Peter Matthiessen as keynote speaker. Matthiessen is revered by wildlife experts the world over for his research on the snow leopard of the Himalayas. Matthiessen held the audience rapt with stories of his adventures. He discussed his own sighting of what may very well have been a yeti in a remote and, at that time, previously unexplored Himalayan valley, his work with early bigfoot researchers such as John Green and Rene Dahinden, and his plans for writing a book on the subject of the sasquatch. It was truly a once in a lifetime chance to hear this man speak.

Other conference speakers were Daryl Colyer, Alton Higgins, Jerry Hestand, Bill Draginis, Dr. John Bindernagle, and Loren Coleman. All of these speakers did an outstanding job and only added to the professional and scientific nature of the conference. 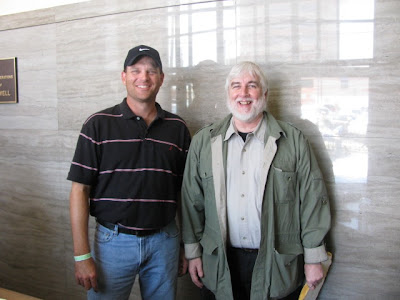 One special treat was a guest appearance by none other than Bob Gimlin. Gimlin was present when Roger Patterson filmed what is generally considered the most compelling video evidence of a sasquatch ever captured. The film has been dissected ad nauseum over the years. It has supporters and detractors. For various reasons I've always felt it was likely genuine. Hearing Gimlin personally recount the events of that day was a once in a lifetime experience. I can also tell you that Bob Gimlin is one of the nicest people I've met anywhere. 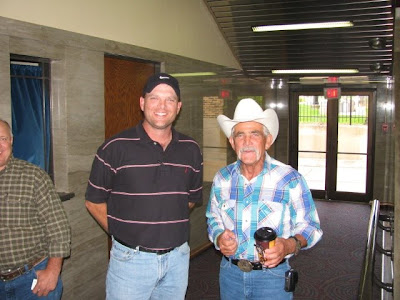 The conference rejuvenated me to a large degree. It is so easy to become jaded and fed up with the shenanigans that go on in this field. Things like the Georgia hoax, negative media portrayals of the subject, and Biscardiesque snake-oil salesmen hoping to exploit the phenomenon for a buck all take their toll on those of us who try to go about documenting this animal in a serious and scientific manner. It is so easy to become discouraged. I find the fire in my belly rekindled. I can't wait to get back out in the field.

In addition, the conference gave me several ideas for future entries. I think, too, I will do a series of write-ups on "The Classics" of sasquatch encounters over the years. In addition, I would also like to do a series of write-ups on the most commonly used arguments used to dismiss the possible existence of this animal and my thoughts on whether said arguments are valid.

So, I guess I will be hanging around and doing this a little while longer. It continues to be a fun ride.
Posted by Mike at 9:40 PM