Over many centuries numerous appellations have been ascribed to the huge hairy hominoids said to inhabit North America, “Bigfoot” being one of the more widely used in recent decades. In his opening address at the 2013 Texas Bigfoot Conference, Brian Brown first announced the TBRC move to officially change its name to the North American Wood Ape Conservancy and the rationale behind the NAWAC decision to largely cease using the media moniker “Bigfoot” when referring to the species (Brown, 2013a).

As a companion piece to his conference presentation, Brown subsequently provided an article on the NAWAC website summarizing the reasons for the change (Brown, 2013b). While it is not necessary to reiterate those reasons, we would like to further discuss the “wood ape” appellation in terms of its use by others, predating the NAWAC’s use of the moniker, and its relevance from a natural science perspective. Although some may question or even deride the semantic modification, we propose that the term “wood ape” is an altogether more fittingly descriptive term and a more appropriate designator from a scientific perspective.

Many interested parties may not realize that the term “wood ape” has a history of use when addressing the North American ape phenomenon. One example, written quite a few years ago, is from the Q&A section of the Bigfoot Field Research Organization (BFRO) website, written in response to the constantly asked question: “Where are the physical remains?”

No serious work has ever been done to look for remains of surviving wood apes in areas where they are rumored to reside. No one should expect remains of such an elusive species to be found, collected and identified without some effort. 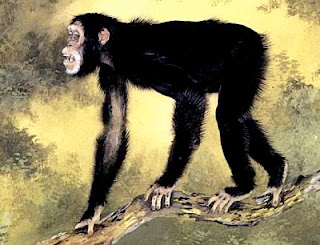 Very few remains of ancient wood apes have ever been found in Asia, where they were much more abundant. Millions of Gigantos (a branch of the wood ape line) lived and died in Asia over the ages. All the remaining physical evidence we have of them could fit into a few shoe boxes. Fossils of any land animal are very rare.

Remains do not become fossilized very often, but unless that happens, all the remains will, in time, become completely reabsorbed into the ecosystem. There would be remains of animals everywhere if remains were not naturally recycled, including bones and teeth.

Fossils or preserved bones of wood apes may exist in the Americas, but they will be exceedingly rare, because these animals are rare to begin with, and only a tiny fraction of that population will die in locations and soils that will preserve bones somehow. Odds are slim at best that any bones (which are normally fragmentary) will be found, collected and identified unless a focused effort is made to look for them. Until efforts are made in many places, over a long period time, no one should be scratching their head wondering why “we” don’t have any physical remains. (BFRO, n.d., http://www.bfro.net/REF/THEORIES/MJM/hunters.htm)

Regarding a scientific perspective, interestingly enough, the apes that moved out of Africa into Europe millions of years ago, such as Dryopithecus, are referred to as “wood apes” by some anthropologists, including Chris Stringer, a human evolution expert (Andrews & Stringer, 1989, p. 22). After moving into Europe, Dryopithecus then immigrated into Asia where it apparently was ancestral to subsequent lineages, including Gigantopithecus and today’s orangutans. The species we refer to as the North American wood ape would almost certainly have dispersed from Asia, so the reference to the creatures as “wood apes” is a very reasonable alternative to “Bigfoot” and the plethora of additional locally derived epithets.