Burmese Pythons Rapidly Devouring the Mammals of the Everglades

Invasive Burmese pythons have been in the news in a big way this week. I’ve seen stories on at least four different sites and/or newspapers.

The stories mainly center on pythons in the Everglades of Florida. It seems surveys show that the numbers of many small mammals like raccoons, rabbits, and opossums have dropped precipitously in the last few years in areas pythons are known to inhabit. The articles also mention that larger animals like deer, bobcats, and alligators could also be at risk. 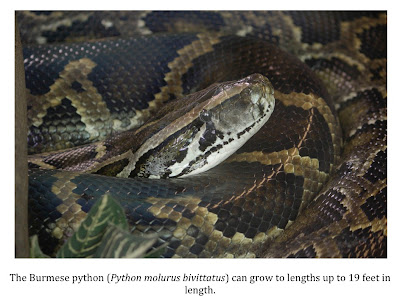 You can read several different articles on this issue by hitting the links below:

Other news outlets have run the story as well but the links above will get you to articles that are pretty representative of what is being said about the python problem. 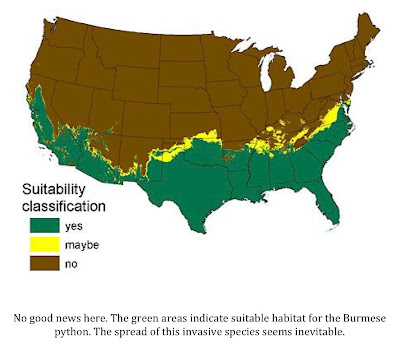 I feel it is just a matter of time before we start to see these giant constrictors in other parts of the south. I hope I’m wrong….