I spent last Memorial Day weekend back in the Piney Woods of east Texas. I met up with three fellow TBRC members at a camp they had established the day before near the creek that yielded what may be sasquatch tracks back on Mother's Day weekend. The objectives were to do a bit of exploring to see if we could locate any more sign, continue to identify potential camera locations for Operation Forest Vigil, and, in the best-case scenario, make contact with the target species. 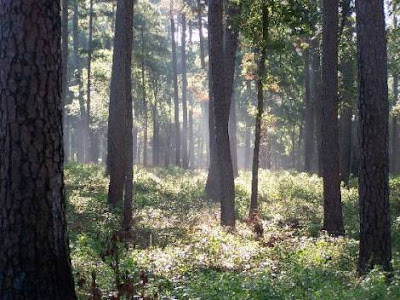 The weekend was plagued by minor, mostly vehicular, disasters. All in all we had two trucks get stuck in the sandy soil near our campsite, two trucks sustain damaged rear bumpers, and one truck (mine) that lost the passenger side-view mirror when a deranged pine tree appeared from no where as I was backing out : ) We also suffered some hardships with the weather. Several small but intense thunderstorms rumbled through the area over the weekend. We had to weather the worst of these sitting in our, by that time, damaged vehicles. The weather continually threatened to turn bad and was something we had to keep our eyes on.

The highlight of the weekend was an approximately 8 mile nighttime hike through the heart of the forest around our area of interest. We took a circular route using some established, but obviously seldom traveled, trails and one forest service road that has been gated and unavailable to vehicular traffic, to the best of my knowledge, for several years. We started the hike around 8:30pm just as the sun was setting. The going was a bit tougher than it normally would be due to the wet and muddy conditions and the fact that we were using strict light discipline. Only headlamps covered with red lenses were used during navigation. 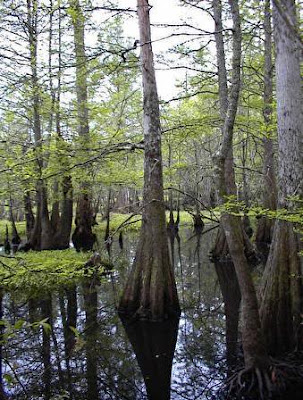 We tried to keep a distance of at least 10-15 yards between us to help minimize the sound of our footfalls and it seemed to help to some degree as we walked up on at least two animals that bolted in panic before we were able to identify them. We also startled a barred owl badly but he managed to return the favor when he called loudly from what sounded like only yards away. Several other times we walked into areas that smelled strongly of some kind of animal indicating that we may have just missed catching a glimpse of whatever species might have been present.

The highlight of the night came shortly after midnight when we were stopped in our tracks by six long howls in succession. The howls each lasted a full six seconds or more in duration and came quickly one after another. I believe the longest time between howls was just over a minute. The howls were eerily reminiscent of the famous Ohio Howl. The howls were a dead on match for those captured on tape several years ago in the Big Thicket. These howls were featured prominently on the Travel Channel program Weird Travels that focused on bigfoot. We guessed the howler to be at least a mile away. While they were just a bit on the faint side, they were crystal clear, long, and powerful. There was definitely an "AHHHHHHHH" sound to them making them easy to differentiate from the howls of coyotes. We waited for 15 minutes or so after the last howl and then moved on. A bit over an hour later, we heard the howls again. This time there were only two howls and they were even more faint than before indicating the animal, whatever it was, had moved even farther away from us than before. We also heard the calls, howls, yips, and barks of a pack of coyotes that night but they were much closer to us and easy to identify. 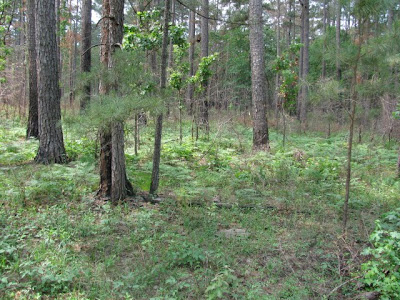 We finished our hike around 3:30am, did some road running for about an hour, and returned to camp. We were exhausted and our sleeping bags were calling invitingly. We fell asleep very quickly so nothing else was heard that night.

Before I left for home the next morning I acquired the castings of the prints located in the creek Mother's Day weekend. I will be publishing the exact dimensions, photographs, and my thoughts on them soon.

In conclusion, the weekend was hot, buggy, wet, muddy, and exhausting. I damaged my truck and was sore for two days after our long night hike.