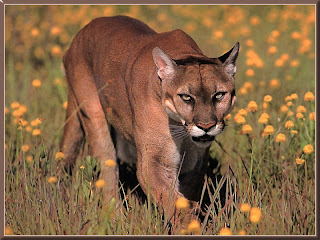 I live in Houston. My house backs up to the area that is now being converted to the **********. Yesterday we spotted a large cat crossing across the field. Our first guess was Bobcat – but the tail was pointing up and was bent and short. I was just wondering what other cat might be in this area.

I have taken pictures of the coyote, but was not able to get the camera in time for the cat.

I replied with a few follow-up questions. This was the reply.

Thanks for responding! At a distance it can be a bit deceiving. My son, his girlfriend and I saw the cat around lunchtime on Tuesday. My guess is that if you ask each of us our descriptions will be a bit different.

Here’s my best description. It was a bit shorter than a boxer and a lot more sleek. I did not see any spots or stripes – the cat seemed to be gray. The tail stuck up slightly crooked probably less than a foot.

The pond has not been built behind us yet. Across ******* they have dug three of the ponds. They just started clearing the land. We back up to the easement that will be left as it is. I have attached a couple of pictures to give you an idea of our backyard or what we use as ours.

I would love to have a game camera. I feel since they are redoing the whole area behind us that we will start seeing more activity.

Thanks for your help.

I plan to keep in touch with this witness to see if the cat returns. If so, I will, with the witness's permission, get a game camera onsite to try and get a photo. Hopefully, that will allow me to identify just what type of cat is prowling this area within the Houston city limits.

The second email, concerning the sighting of a big snake is below.

You were looking for readers to send in their encounters with big snakes, well I had a good encounter with just a snake on March 28 of this year.

An avid hiker in the Big Thicket National Preserve, I was hiking the Beaverslide Trail, southeast of Livingston . The trail takes one around a large pond in thick woods. I was about halfway around it when to the left of the trail, this very large black snake appears and begins crossing the trail about 10 feet in front of me. The trail is pretty wide but this snake’s body was so long that while the head part was on the right side of the trail, the tail area was still on the left. It was high-tailing it for the water and it made a small splash as it slithered down the embankment and into the water. It left me shaken at what I saw and not sure I wanted to finish the hike around this pond. 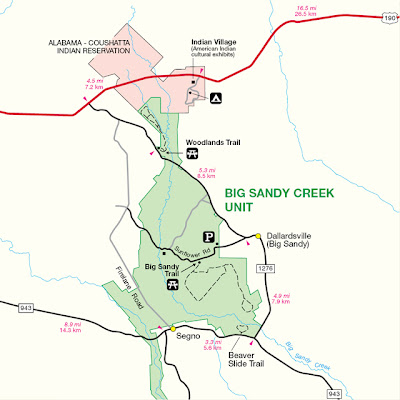 I replied to the sender of this email with the following questions. Could the overall length and/or diameter of the snake be estimated? Was it solid black or was some sort of pattern or color variation visible? Have you looked at any photos of snakes in an attempt to find something that looks close to what you saw? To this point, however, I have not heard anything back from this witness.

As always, I would ask anyone who has seen an odd or out of place animal to contact me. My email address is Texascryptidhunter@yahoo.com.

I'll look forward to hearing from some of you.
Posted by Mike at 12:42 PM