The Hobbit and the Sasquatch 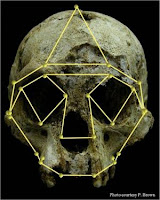 There is new evidence suggesting that modern humans have shared this planet with another species of hominid in our not too distant past. The hominid in question is the now famous “hobbit” of Indonesia.

The “hobbit”, dubbed Homo floresiensis, has been the subject of much controversy since it was discovered. Its remains have been dated at 17,000 to 95,000 years old. This means, whatever it was, it did live alongside modern humans. Its small stature, only three feet tall, made many wonder if the local legends of the Flores little people called the ebu gogo were true. Other cultures have legends of small, hairy, hominids as well. The Nittaewo of Sri Lanka, the Orang Pendek of Sumatra, and the Agogwe of Africa are just a few examples of legendary little “people” said to inhabit the more remote spots on this earth. The discovery of Homo floresiensis makes these tales more plausible.

It has now been concluded by scientists that Homo floresiensis is indeed a new species of hominid separate and different from modern humans. It is not, as has been argued by some, merely a small human that suffered from some form of microcephaly. After an analysis of the “hobbit” skull, Karen Baab, Ph.D., a researcher in the Department of Anatomical Sciences at Stony Brook University, and colleagues released a statement on January 20th saying due to the size, shape and asymmetry of the cranium of Homo floresiensis, the conclusion was reached that the fossil, found in Indonesia in 2003 and known as the “Hobbit,” is not human. You can access an article on the Cryptomundo website here for more details.

So what does this mean for bigfoot researchers? Henry Gee, the editor or Nature, sums it up well. He wrote: “The discovery that Homo floresiensis survived until so very recently, in geological terms, makes it more likely that stories of other mythical, human-like creatures such as Yetis are founded on grains of truth….Now, cryptozoology, the study of such fabulous creatures, can come in from the cold.”

The remains of Homo floresiensis were not discovered until 2003. Obviously they were living breathing beings. If it took that long to find their remains who is to say a similar find may not occur at some point proving the existence, at least in the recent past, of the sasquatch? Do any “hobbits” exist today? Maybe. Sightings have continued well into modern times (see post on the Agogwe below for a few examples). These sightings mirror sasquatch and yeti reports in that they are of creatures that were thought to be only myth. Now we know better. It makes sightings of the Orang Pendek, for example, more plausible. If a similar find of large hominid fossils ever are found and determined to be of a species separate from modern humans it should, likewise, give sasquatch reports more plausibility in the eyes of modern science. Maybe then, finally, the bigfoot mystery will get the attention it deserves.
Posted by Mike at 9:47 AM