My wife’s birthday was this week. She did not want a traditional gift; instead, she wanted to start redecorating our home (I blame Chip and Joanna of Fixer Upper and Ben and Erin of Hometown for infecting her with this renovation fever). I realized that this was going to cost me a lot more than a pair of earrings and an Olive Garden dinner but I love my wife and, begrudgingly, had to admit that a bit of “modernizing” was probably in order. The work started today with the arrival of a crew who were charged with painting the kitchen, dining room, bedrooms, and living room. I, of course, said that there was no need to hire painters as I could do the work myself. My lovely wife replied, “Honey, I don’t want you to spend your summer off working on the house. Why don’t you go get some writing done at the library?” Translated, this means, “I don’t want this job to cost twice as much as it should have after you mess it up and we have to hire these guys anyway. Now, make yourself scarce.”

Though deeply wounded (not really, but still…), I was glad to have blundered into a free afternoon and did, indeed, make my way to the Townsend Memorial Library on the campus of the University of Mary Hardin-Baylor. While not a large library, Townsend does have a robust folklore section and I am nowhere close to having gone through it all. As I sat down with a copy of From Hell to Breakfast, a collection of old Texas tales published in 1944, I came across a chapter titled “Panther Yarns.” Intrigued, I dug in and started reading. For the most part, I did not come across anything I was not already familiar with in regard to historical Texas panther sightings. I did some pretty exhaustive digging into this topic while researching my book Shadow Cats: The Black Panthers of North America several years ago. Still, I read on hoping to come across something new. Luck was with me as I came across two accounts with which I was not familiar. While not true black panther accounts, the two news articles do document the killing of two very large spotted cats that I suspect were jaguars (one of the suspects in the black panther mystery since they carry the genetics for melanism). 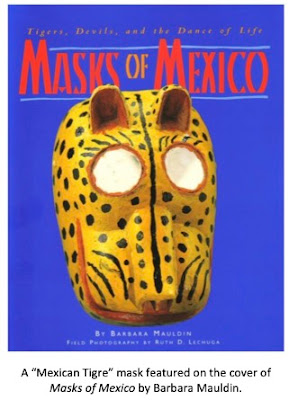 The first tale comes from an 1854 newspaper account detailing an encounter with a “Mexican Lion,” one of the terms Texans in the 1800s used to describe jaguars (“Mexican Tiger” or “Mexican Tigre” were also used periodically). Following is an excerpt from the article:

MEXICAN LION - We wish to inform you of a varmint of awful size, that was taken in camps, or killed, as I should say, at the above named place (Hays County), on the night of the 15th. It came down in the settlements of Blackwell’s Valley, and surprised the natives by taking a two-year-old hog out of the pen, (fat at that) and carrying it off. Its pursuers were Mrs. Stockman, Mrs. Thomas, and Miss Winters, who, with the aid of some dogs, caused it to take a tree; after which Mrs. Stockman procured a gun, and made an attempt to shoot it. When in the act of firing, the Mexican Lion -  for this is the name of the animal – made a spring at her; she dropped the gun without firing, just in time to save herself from his claws…Mr. J.H. Blackwell, with his dogs, came to their aid, and made it take a tree again. When just in the act of shooting, it made a second attempt to spring on its assailants, but Mr. B., more fortunate than Mrs. S., fired and brought the monster to the ground, dead. It measured nine feet in length, three and a half in height, and weighed 220 pounds. Its claws were two inches in length, and its teeth about the same. The skin, claws, and teeth of the animal can at any time be seen at my residence, on the Blanco, fifteen miles above San Marcos.

The second article comes from a story printed in the Telegraph and Texas Register on December 31, 1840. The article describes a “leopard.” I strongly suspect what was seen was actually a jaguar. Following is an excerpt from this article:

Texian Leopard - We were shown a few days since the skin of a leopard which was killed near Bexar (San Antonio), some weeks since. The animal to which the skin belonged must have been about ten feet long from the tip of its nose to the end of its tail, and his body of proportional dimensions. The skin is beautifully variegated with black spots, upon a yellowish brown and white ground; and so closely resembles the skin of an African Leopard, that it would be difficult to distinguish it, if found among several skins of that animal. Many persons in the United States have doubted that statements made by travelers that the leopard exists in Texas; but if they could visit Bexar and its vicinity, their skepticism would soon vanish. It is said that great numbers of those Leopards are found in the vicinity of the Nueces and the Rio Grande…

I think it is safe to assume that the “Mexican Lion” in the first account and the “Texian Leopard” described in the second article were almost certainly jaguars. Though the sizes described seem unusually large – mainly in length – every other characteristic mentioned fits the jaguar perfectly (I think the unusual lengths mentioned could be due to the skins of the animals having been measured and not the actual animal). These accounts solidify what we already knew: jaguars were once native to Texas and more numerous in the southern reaches of the state (or in the case of the second account discussed above, the Republic).

I have long felt that jaguars were the number one suspect in the Lone Star State’s black panther mystery. Jaguars fit the size profile most often reported (6+ feet in length nose to tail, 100-150 lbs, etc.), are native to the region, and also can be black (melanistic). The two articles provide more evidence – anecdotal though it may be – that early Texas settlers and residents in the 1800s were encountering jaguars. If so, it is possible a remnant population, one in which melanism has taken hold, lives here still and is responsible for at least some of the black panther sightings that Texans continue to report to this very day.

Now, back home I go. If I beat my wife back to the house, I might add my own little touch to the redecorating. Maybe a nice jaguar mural on one wall would look good…