I ran across this disturbing story yesterday and thought I would pass it along.

Two brothers were out hunting earlier this week near Tajique*, New Mexico when they got a bit turned around. They pair were out hunting just before dawn and stumbled onto private land in the low light conditions. It was then that the trouble began.

Torrance County Sheriff Heath White said, “They said they ran right into large marijuana plants and, as they were looking around, four male subjects started shooting at them with assault rifles.”

The brothers, understandably so, panicked and bolted in two different directions. Fortunately, both hunters were able to make their way to safety.

“They are still very scared and very shaken up about the whole deal,” said Sheriff White. 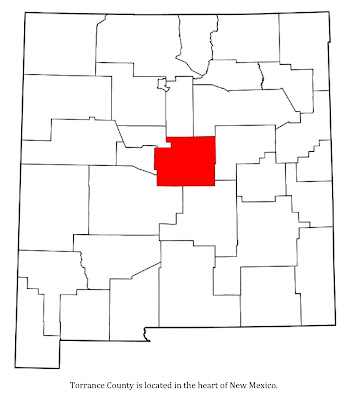 Authorities moved in shortly after the incident and pulled up about 200 large marijuana plants from the property valued at several million dollars. Police are now on the hunt for at least four men who fled from officers as they raided the property.

Sheriff White warned, “They are heavily armed and very dangerous. They’ve already displayed they will not go down without a fight. That’s very obvious.”

This incident should serve as a reminder to all of us who enjoy visiting remote spots off the beaten path to always be aware of your surroundings. Many are good about making sure they have enough water, food, fire making materials, and a flashlight but how many of us actually consider the possibility of running into hostiles like these two brothers did? Unfortunately, it is something we had better all start to consider.

There are all sorts of bad guys out there. Pot farms are all over the place and not just on private property. These growing operations are popping up in remote areas on government property like National Forests. Here in Texas, I’ve been told such operations exist in the Sam Houston and Sabine National Forests. I’ve also heard to steer very wide of any barges tied up or anchored on the Neches River as there has been a problem with floating meth labs. If all of that isn’t enough, there are still moonshiners out there too. Many would scoff at this notion and say ‘shiners disappeared when prohibition ended. I assure you nothing could be further from the truth. All of these people are committing serious crimes and stumbling upon them could prove to be a fatal mistake. 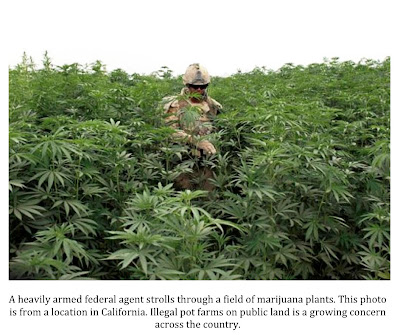 So, what are we to do? Staying home is not an option. I refuse to cede the most beautiful and wild parts of our country to criminals. That being said, some common sense goes a long way.

Make sure someone knows where you are going and when you expect to be back. Something more specific than, “I’m going camping in the Angelina National Forest,” is going to be needed. What campground? Going into the back country? Leave GPS coordinates. Authorities should know where to start looking should you get lost, hurt, or run into trouble.

Arrange a time to contact someone once you are out of wilderness areas. Be responsible about this and make it a concrete rule. Let your contact person know in no uncertain terms that if they don’t hear from you at x time something is wrong and to send help.

Some will not like this suggestion but I strongly advise you to arm yourself. I do not advocate breaking any laws. Do what you need to do in order to legally carry a firearm so that you can defend yourself should trouble arise. Being anti-gun is fine, I suppose, as long as you don’t run into a drug cartel thug who has no such bias. I would be willing to bet many would change their minds on the subject pretty fast if they or their family were in mortal danger. I do NOT advocate engaging criminals if it can possibly be avoided. Extricate yourself quickly and quietly if it is possible.

Finally, it would be good to know what a marijuana plant actually looks like. That way, if you happen to come across any of these illegal plants you will recognize it immediately and know to get out of the area as fast as possible.

Be careful out there folks.

*I've also seen this town's name spelled Taijique. Not being from New Mexico, I have no idea which is the correct spelling.
Posted by Mike at 8:59 PM