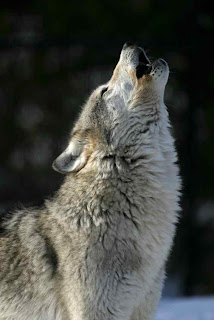 U.S. Rep. Chet Edwards, D-Waco, has filed legislation that would remove the gray wolf from federal threatened and endangered species lists in the United States.

The protection of gray wolves via the Endangered Species Act has been controversial from the start. Ranchers in parts of the country where wolf populations have rebounded have long claimed that they were losing livestock to the packs. Delisting the species would allow states with healthy wolf populations to set up hunting seasons and management programs for the animals in hopes of stemming the livestock losses.

Why Chet Edwards, a Rep. from Texas, would file this legislation is a bit puzzling to me. According to the Texas Parks & Wildlife, both the gray wolf and red wolf have long been absent from the Lone Star State. This being the case, it is odd to me that Edwards would be the one to put forward this bill.

Edwards explained, "I am a hunter, and several fellow hunters have approached me about the gray wolf devastating livestock and elk in parts of the United States where many Texans hunt. The gray wolf population is once again healthy and abundant in many parts of the country, and we have an obligation to support our farmers and ranchers and help them to protect livestock from the threat of growing populations of gray wolf."

Not surprisingly, environmental groups are vehemently against the bill. The Defenders of Wildlife and the Center for Biological Diversity have argued that the wolf population is far from being out of danger and this bill would push the species back into perilous territory.

Bill Snape, senior counsel for the Center for Biological Diversity, said, "This is clearly a chest beating exercise, which is his right. It's called red-meat, macho politics." Snape doesn't feel the bill has much of a chance to pass, however, due to the facts it has been presented so late in the congressional session and several similar bills have failed in the past.

I am still puzzled by what Rep. Edwards is hoping to accomplish by filing this legislation. He represents a state that has no wolf population (well, that is debatable but a topic for another time). It would seem he has no dog in this fight (no pun intended). On the surface, it doesn't seem like the sort of legislation a Democrat would want anything to do with. Edwards is a Democrat in an overwhelmingly Republican state and a consumate politician, however. Whatever his motivations, I'm sure they are well thought out. Is this just "chest beating," as Bill Snape said, to show his constituents, many of which are gun owners, hunters, and staunch 2nd Amendment advocates, that he is one of them?

The move does seem to have minimal risk for Rep. Edwards. His stance could very well appeal to a large number of Texans who love to hunt. It also shows he is not "anti-gun" in a strongly pro-gun state. Meanwhile, the environmental groups that the legislation angers are based in other states and can't vote in Texas. The timing of the legislation is also a telling sign. Rep. Edwards knows full well that there is no time for the bill to be debated in house and, thus, has no shot at passing. So, in the end, the bill doesn't pass and Rep. Edwards gets some publicity.

On the other hand, it is possible that this issue, for whatever reason, is near and dear to Rep. Edward's heart. If so, I could appreciate his sincerity regardless of whether or not I agree with his position. I don't pretend to know much about the wolf issue in our northern states. Maybe there is a real problem that needs managing. I'm just not convinced Rep. Edwards knows much more about the issue than I do. I would certainly feel better if he gave more reasons for writing the bill than just the fact that he had been approached by "several" hunters who were concerned about wolves killing livestock.
Posted by Mike at 1:15 PM