"When the last individual of a race of living things breathes no more, another Heaven and another Earth must pass before such a one can be again."

I have just had the privilege of screening the new Ivory-Billed Woodpecker documentary Ghost Bird. The film, written and directed by Scott Crocker, does not attempt to convince anyone that the Ivory-Bill does or does not still exist. Rather, it concentrates on the people involved in the search for this iconic bird and the hope it has generated in a small Arkansas town.

The film opens with video of the press conference where Gale Norton of the Department of the Interior, along with Dr. John Fitzpatrick, Director of the Cornell Lab of Ornithology, boldly declare that the Ivory-Billed Woodpecker has been rediscovered in the Big Woods wilderness near Brinkley, Arkansas. The scene quickly shifts to the small town of Brinkley where the news has awakened hope that the discovery will provide a desperately needed economic shot in the arm. Local business owners, the editor of the local newspaper, the mayor, and the head of the Chamber of Commerce are all interviewed and express hope that the discovery will be a boon to their individual endeavors and the town in general. 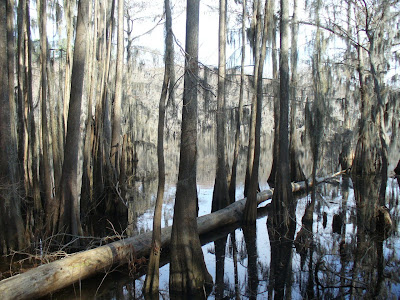 The scene then shifts to those most directly involved in the rediscovery of the Ivory-Billed Woodpecker. David Luneau, Associate Professor at the University of Arkansas, tells the story of how he captured footage of what he and Cornell University officials believe to be an Ivory-Billed Woodpecker in flight. The footage was acclaimed by Cornell University as definitive proof of a surviving Ivory-Billed Woodpecker and is featured prominently in the film. Not everyone agreed, however. Dr. Jerome Jackson of Florida Gulf Coast University and Richard Prum of Yale University found enough room for doubt in the video to begin collaborating on a rebuttal paper. They later backed off their rebuttal upon hearing audio recordings made in the Big Woods area reputed to be Ivory-Bill in origin. The audio, according to Prum, was impressive; however, he has come to doubt that the audio recorded is actually an Ivory-Bill calling.

"Absence of Evidence is not evidence of absence."

I could go on about the debate back and forth between these groups as to whether the Luneau footage actually shows an Ivory-Billed Woodpecker but I won't. The film, to me, is about more than that. Particularly compelling to me were the sequences where Nancy Tanner, widow of acclaimed naturalist Dr. Jim Tanner, was interviewed. The story of how her deceased husband traveled over 48,000 miles attempting to document the few remaining Ivory-Bills in the south was fascinating. Particularly interesting was the tale of how Tanner, then a Cornell grad student, found a recently hatched Ivory-Bill in a forested section of land known as the Singer Tract and wanted to band it. He shimmied sixty feet up a tree and successfully banded the bird. To his horror, soon after descending the tree, the young woodpecker hopped out of his nest cavity and plunged to the ground. Dr. Tanner felt his activity had caused the death of this incredibly rare bird. However, Dr. Tanner found that the bird had survived the fall quite nicely and managed to climb back up the tree to place it back in its nest cavity. The picture of Jim Tanner (I presume it is Dr. Tanner in the photo) with this young Ivory-Bill perched atop his head is surreal. Other photos and videos of living Ivory-Bills shot by Dr. Tanner were featured and aroused a sort of melancholy in me. The pictures and video were stunning and the fact they were shot in black and white seemed to add to the effect that I was viewing a relic from a time gone by...a ghost. Mrs. Tanner also shared the story of how the Singer Company sold their heavily forested land to the Chicago Mill and Lumber Company. The land was designated for clear-cutting which would have been devastating to the hopes to save the Ivory-Bill. President Franklin D. Roosevelt and other interested parties managed to raise enough money to buy the Singer Tract back from the lumber company; however, they would not sell and the land was cleared. Mrs. Tanner shared a photo of the forest before cutting and the same land years later. The forest was completely gone. Only a soybean field remained where once had stood a pristine virgin forest. Seeing the two photos side by side was jarring...and sickening. Many believe that once the Singer Tract was logged it sealed the fate of the Ivory-Billed Woodpecker forever. The failure to save the Singer Tract, and the Ivory-Billed Woodpeckers within it, led to the birth of the Nature Conservancy and, in 1973, the Endangered Species Act.

Several universities were visited where representatives showed their collections of Ivory-Billed Woodpeckers. There was something unsettling about seeing these preserved specimens laying in drawers and knowing that the very act of collecting them likely helped lead to their demise. Other, now extinct, species like the Passenger Pigeon, Carolina Parakeet, and Eskimo Curlew were also shown. It was hard to look at them. To view the specimens and know that mankind was directly responsible for the extinction of these species was disturbing. Somehow, though these species became extinct long before I was born, I felt shame. If the director, Mr. Crocker, hoped to elicit an emotional response from his audience with these sequences I would say he was very successful. 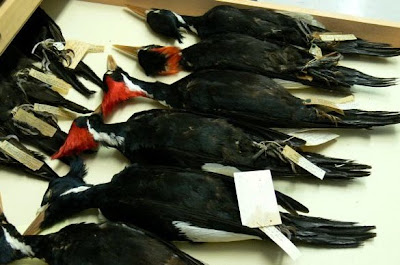 Also interviewed was Virginia Eckelberry. Her husband, the now deceased artist Don Eckelberry, is thought to be the last person to have seen a living Ivory-Billed Woodpecker in the wild. Mrs. Eckelberry shared the story of how her husband had been contracted by the Audubon Society to find and provide illustrations of the elusive woodpecker in 1944. He located one female Ivory-Bill, in the Singer Tract, and observed her for several days. His field sketches are remarkable and provide what seems to be the final glimpse of the species dubbed the "Lord God Bird." Again, one can't help but be saddened to think of this lone female, possibly the last of her kind, living out her life alone in the wilderness.

The film, which started by documenting the hope and nearly frenetic efforts of Brinkley, Arkansas residents to capitalize on the rediscovery of the Ivory-Bill, shifts back to the again sleepy town several years after the Luneau footage was shot. The Cornell University researchers have pulled out and the promise of an economic boom based on Ivory-Bill mania has sadly remained unfulfilled. A local resident is interviewed as he drives through the dwindling town. An abandoned mill, a closed Coca-Cola plant, and a defunct garment factory stand like sentinels overlooking a mostly boarded-up downtown business district. The Ivory-Billed Woodpecker Inn is soon to become a Super 8 Motel and hope seems to be fading. The Ivory-Bill is still depicted all over Brinkley, Arkansas in the form of billboards, shop signs, posters, and license plates. However, there is a sort of sadness to them by the end of the film. They now seem almost like Christmas decorations still out in mid January. They look the same but, somehow, the magic is gone. 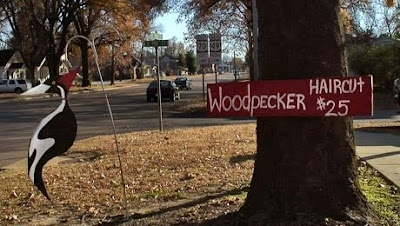 Near the end of the movie a shot of a freight train leaving Brinkley is featured. I couldn't help but think it was symbolic of the hopes that the Ivory-Billed woodpecker, and, for that matter, the small town of Brinkley, can be saved. It is entirely possible it is too late for both. That train, it seems, may have indeed left the station.

Ghost Bird is not the sort of film that will make it to your local Cineplex but I highly recommend tracking down a copy and viewing it when you can. It is far more than a documentary about a woodpecker and is well worth your time. I enjoyed it immensely.

The Ivory-Billed Woodpecker remains the Holy Grail for birders everywhere. This majestic bird has captured the imagination of the public like few other species. Why is this? Certainly, it is a striking and beautiful creature but I think it is more than that. The Ivory-Bill offers hope of redemption for we Americans who, while we loved the forests and wild places of our continent, failed to be good stewards of the incredible resources with which we were blessed. True, our failures are magnified by the extinction of such a magnificent bird. But if, somehow, the Ivory-Bill has survived then we would have an opportunity to make things right. We would have a second chance. Until, and unless, we get that chance we will be forever haunted by this ghost bird.

"Thinly spread forest creatures, with very large areas within which they might be scattered, are destined to remain phantoms. Their existence will always be extremely challenging to confirm; their extinction will be essentially impossible to establish."

*I would like to express my gratitude to Zane Grochelle for contacting me initially about screening, and possibly reviewing, the film. It was my honor to do so.
Posted by Mike at 9:33 PM