I have been out of pocket the last few weeks. I spent a week in the Ouachita Mountains as part of a NAWAC team attempting to obtain evidence that supports our hypothesis that the wood ape (bigfoot) is a real flesh and blood animal. I was home only a day and a half before loading up and heading to the White Mountains of New Mexico. This second trip was more of a family vacation but, my interests being what they are, I just could not help making some forays into the Lincoln National Forest and hiking some areas where alleged wood ape sightings have taken place. While I had no sightings of unusual wildlife (I did get up close and personal with a cow elk and several mule deer) I was struck by just how much richer an environment the deciduous forests of the Ouachitas are compared to the coniferous forests of south-central New Mexico. That is a topic for another day, however, as I would like to take this time to begin catching you all up on what I have been up to the last month or so. I will start with my activities prior to my trips.

I received a message from a gentleman in early June who reported two separate sightings of a large, black, long-tailed cat by a total of three different people on and near his property. I was particularly excited as the sightings were very recent and the property was only about a thirty-minute drive from my home. I had two game cameras available for deployment and the landowner generously agreed to let me place them on site. Once deployed, I let the cameras sit for a month before going out and checking on them. I was disappointed in that I did not capture photos of cats of any kind but encouraged to see the amount of wildlife that does live in the area. Certainly, there is a solid prey base for a big cat to sustain itself upon, at least for a few weeks. Following are some of my favorite photos from the set. 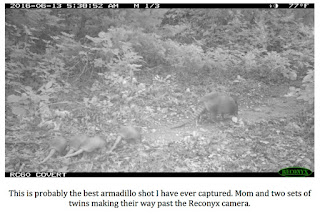 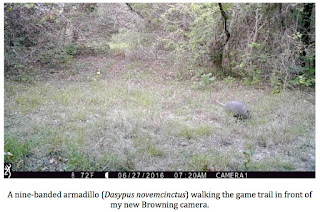 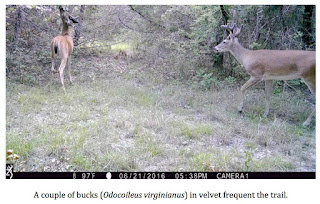 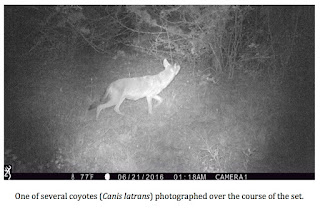 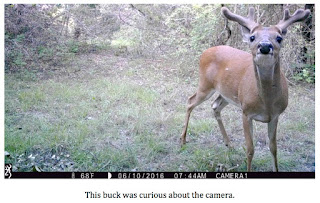 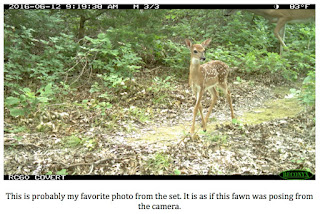 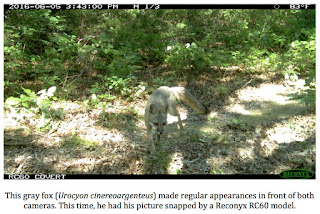 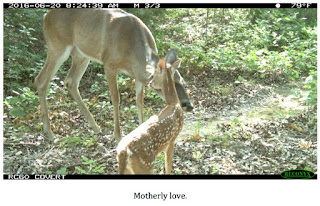 Species other than those pictured were photographed as well but nothing outside of what would be expected in Central Texas (skunks, opossums, raccoons, etc.). Despite the lack of photographic evidence, the witness seems very credible and is absolutely sure of what he saw. I can only hope that the cat in question cooperates by remaining in the area long enough to have its picture taken.

I am due to check the cameras again in the next week or two and will update with new photos at that time.