I thought I would update all of you on my ongoing camera project here in Bell County, Texas. 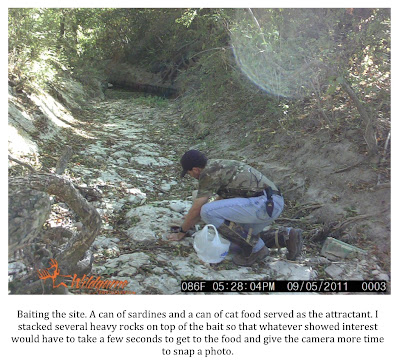 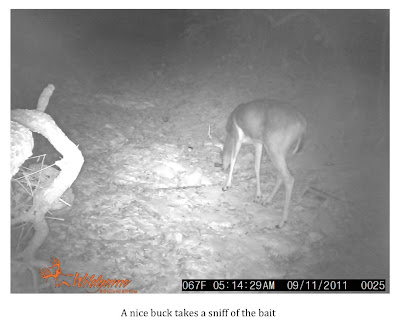 As regular readers of this site will recall, this project was a direct result of two horse kills that occurred in the NE portion of the County just outside of Temple, Texas. I was contacted by a reporter from the Temple Daily Telegram and asked for my opinion on whether or not a big cat might be responsible for the kills. The reporter then put me in touch with the landowner who gave me permission to put cameras up on the property in the hopes of getting a photo of the predator responsible. Within a couple of weeks I received two more requests from Bell County landowners, who were seeing and hearing some unusual things, to place cameras on their property. In short order, I had one camera up in West Bell County just South of Killeen, Texas where, according to a local television station, a mystery predator was killing small livestock, two cameras up on the property in the NE portion of the County where the horse kills took place, and one more camera up on property about a mile away from where the horses were taken. It turns out the owners of this property had lost a horse themselves about a month before the more well publicized killings. 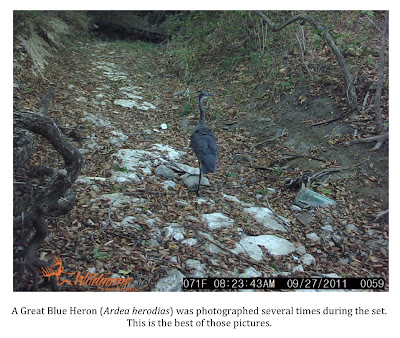 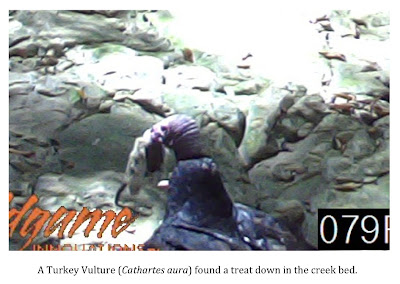 While all of this was going on, multiple mountain lion sightings were reported in the vicinity. Several anecdotal reports filtered in to me, the Temple Daily Telegram, and the local Texas Parks & Wildlife Department office. Finally, a sighting of two mountain lions just North of the site of the horse kills, near Troy, Texas was reported and deemed credible by officials as the big cats left behind tracks. Not too long after the Troy sighting, a cougar was spotted in, ironically enough, Lions Park in South Temple. While likely a different cat, probably following the Leon River, this sighting put “Cougar Fever” into full gear in the area. 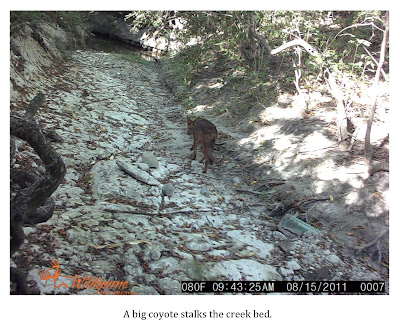 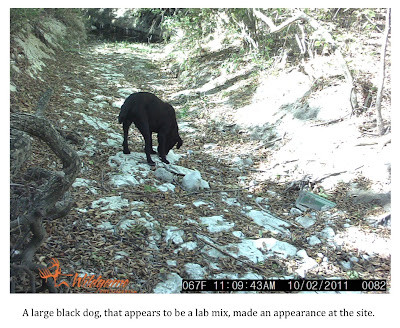 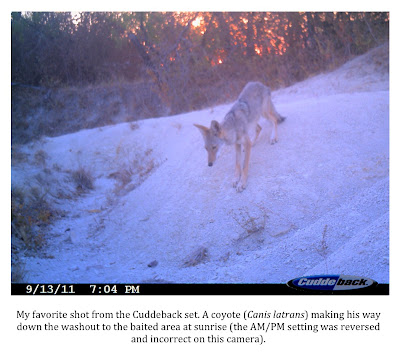 The camera in West Bell County, to this point, has not captured anything unusual. The last time I had it out, however, it malfunctioned and failed to take any photos at all. This is one of my older Cuddeback cameras that has been a workhorse for me. I have not really had time to tinker with it yet but am hoping it is nothing more than a bad card. In any case, in the two months prior to this failed third set I only managed to take pictures of cattle. I do want to try one more time as the property owners and I located a really promising looking area that even they had been unaware of previously. Here’s hoping I can get that camera functioning. 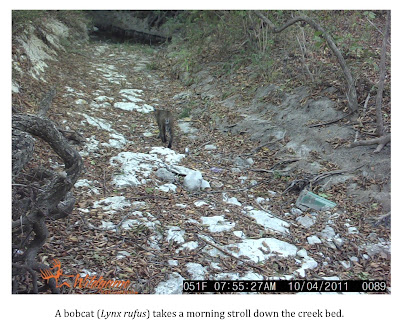 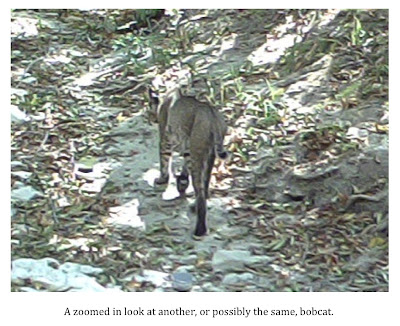 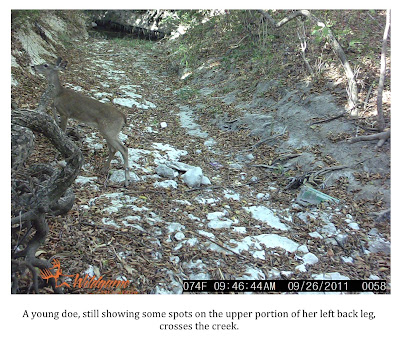 I have had two cameras out on the property where the horse kills took place. As I mentioned previously, there have been multiple sightings of a pair of mountain lions in the immediate vicinity which, in my mind, all but seals the deal that they were the culprits in the deaths of those two horses. The land is pretty much rough pasture only, however, and doesn’t provide much in the way of cover. There is a creek bed that runs through the property but it meanders really close to the owner’s residence. It is deep enough for something to pass through unseen but is choked with vegetation, debris, and old barbed wire. These factors don’t make it an especially attractive travel route, in my opinion. There are several washouts where gulleys have been formed by runoff. This is the spot where most of the coyote pictures have been taken and I’ve had the most luck; however, it is pretty open country. I’m guessing whatever attacked those horses was strictly passing through and took advantage of an opportunity. I don’t think the predator(s) have taken up residence on or near this property. 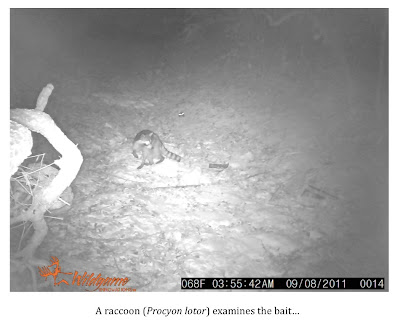 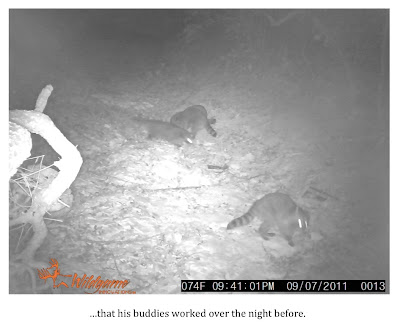 The third location, as I mentioned above, is only a mile or so from the location of the horse kills. It is a much more active location. There is a very wide and deep creek that wanders through the property. It is easily ten feet deep or more in most places with a rock bottom. There are several deep holes that have, despite the terrible drought we’ve been suffering, held water all summer long. This location, though the last I gained access to, seemed to hold the most promise. The creek bed really reminded me of a creek in the Sam Houston National Forest in which TBRC Field Operations Coordinator Daryl Colyer and I found barefoot humanoid tracks back in May of 2010. That creek, dubbed “Barefoot Branch” by TBRC members, has proven to be a sort of wildlife highway. My hope was that this creek bed in Central Texas would prove to be the same. I’ve not been disappointed. The location has easily been the most productive of the three and has yielded well over one hundred photos in the last six weeks. The creek actually runs under a major highway only a mile or so from the camera location. I’m guessing that any wildlife in the area that needs to move East or West and get across the highway is using this creek to do so. If those mountain lions are still in the area, I really think they’ll show up in this creek bed sooner or later. 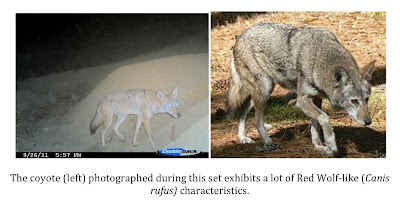 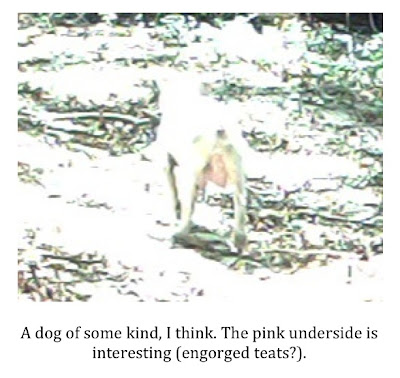 The plan for now is to get all the cameras cleaned up and functioning properly and then deploy them all in this creek bed. I want to spread them out over roughly a quarter mile stretch of the creek and find out just exactly what is coming and going here. Again, if those big cats are still here then I feel like they will show up here sooner or later. I hope to get these cameras in place this coming weekend. 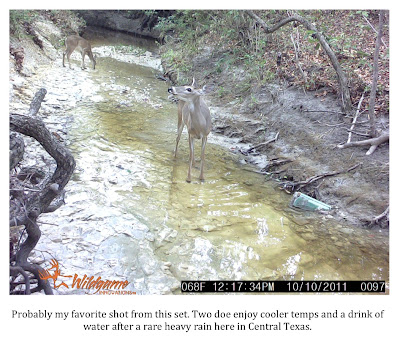 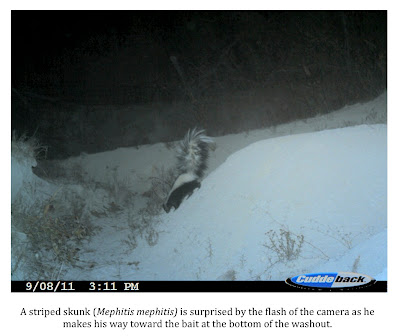 The pictures featured in this post are all from the Bell County project. I have many, many more photos but these are some of my favorites and are representative of what I'm seeing out there. I hope you enjoy checking them out as much as I’ve enjoyed getting them.

I’ll update again once I get the cameras placed.
Posted by Mike at 9:35 PM