The Lake Worth Monster Revisited 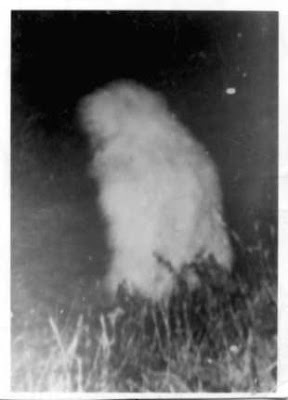 Forty summers ago Fort Worth, Texas was, briefly, the center of the cryptozoological universe. Lake Worth, particularly the area near Greer Island, became known as the home of the Lake Worth Monster or Goat-man.

It all started on July 10, 1969 when six terrified people reported being attacked by a seven-foot tall half-man, half-goat creature that was covered by fur and scales. The Fort Worth police took the reports seriously, as the people reporting the attack were obviously very scared. Other reports followed. The monster allegedly leaped from a tree onto a car, threw a large tire at a group of observers from the top of a bluff, was seen tromping through the area in the vicinity where dead sheep and goats were found, and was heard emitting pitiful moaning cries. During this furor the police admitted to having had reports of the creature in the area before but laughed them off. Law enforcement soon had to get serious about the creature, and the hordes of gun toting glory hunters seeking it. Coincidentally, or maybe not, sightings petered out around the time school started in the fall.

Among the many who flocked to Lake Worth during the height of the furor was an aspiring writer named Sallie Ann Clarke. Clarke interviewed numerous witnesses, wrote, and self-published a hastily put together book titled The Lake Worth Monster of Greer Island. Clarke, in her book, did not take the sightings too seriously. To say the book was tongue-in-cheek would be an understatement. Clarke would change her tune in later years, however. After the book was published, she claims to have seen the monster herself on three different occasions. "If I had seen it before I wrote the book, the book would have been quite different," she told The Fort Worth Star-Telegram in 1989. Clarke also has in her possession the only known photograph of the Lake Worth Monster. The photo was taken by Allen Plaster in October of 1969 in the wee hours of the morning and shows a large light colored upright figure. The figure in the photo is devoid of scales and, to the disappointment of many, looks very little like a goat at all. Clarke said on numerous occasions that the figure in the photo was the same creature she had seen herself. Plaster, however, decided in later years that he had probably been the victim of a hoax. In a 2006 Star-Telegram interview he said, "Looking back, I realize that when we drove by, it stood up. Whatever it was, it wanted to be seen. That was a prank. That was somebody out there waiting for people to drive by. I don't think an animal would have acted that way." Plaster, apparently tired of the whole thing, no longer discusses his famous photo and does not do interviews.

So what was the Lake Worth Monster? Several explanations have been offered. The Fort Worth Star-Telegram received a hand-written "confession" in 2005. The writer of the letter detailed how he, and some friends, put the whole thing on to scare the folks who went out to Lake Worth to park. Of course, the confessor did not provide his name or address. Through the years, several others, always anonymously, have confessed to being responsible for bringing the Lake Worth Monster to life in the summer of 1969. There was even a kennel operator near the lake who claimed to have lost a macaque monkey during that summer. Could sightings of this monkey be the source of the goat-man legend?

There is another possibility. Maybe, just maybe, the monster was real. For her part, Sallie Ann Clarke never wavered in her belief that the monster was real. According to her husband, Clarke offered a $5,000 reward, a hefty sum in the late sixties, to any person claiming to be responsible for the hoax who could pass a lie detector test. "She never got one call." he said.
Posted by Mike at 7:11 PM