Today I managed to get a third game camera deployed in hopes of documenting large cats here in Central Texas. The camera location is very remote and near one of the two major rivers that run through this part of Texas (camera #2 is located near the other). I had to work a little harder to find a spot for this camera than I did for the first two. I walked along an abandoned road that ran parallel and within a quarter mile or so of the river for a long time before I found a suitable spot. There were signs of possible predation as I located a partial skeleton of a small animal, a broken up turtle shell, and fresh scat of some kind. I'm not sure what animal is responsible for the droppings. It didn't look like deer, hog, or cat scat to me. See the pictures below. 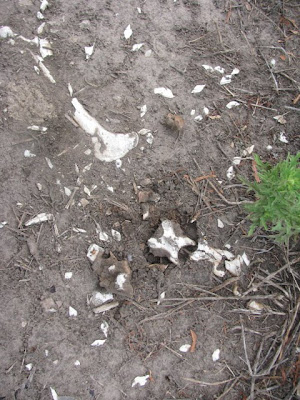 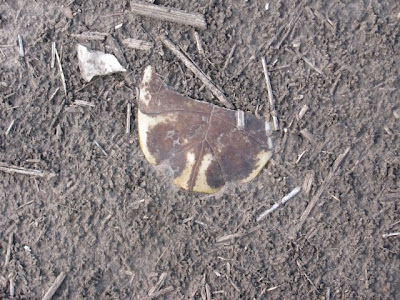 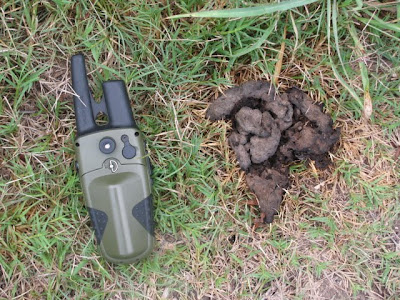 The brush grew incredibly thick on both sides of the "road" and was all but impenetrable in many spots. See the next series of pictures below. 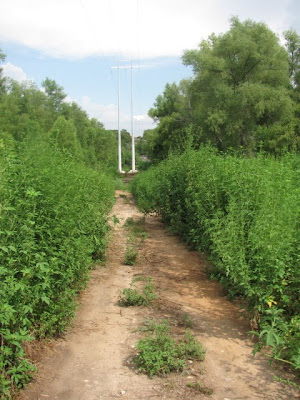 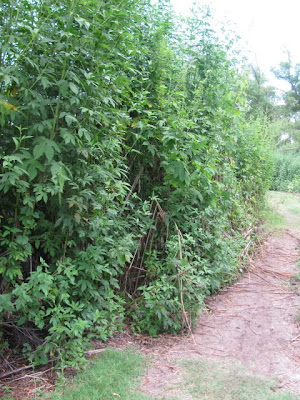 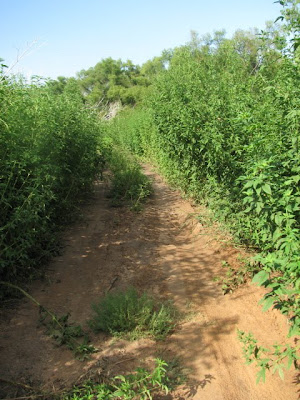 I did not want to place the camera along the old road. While animal sign was everywhere and there had obviously not been much, if any, human activity for a long time, I did not want to leave the camera too close to the road. So, I had to call upon my old Big Thicket skill of brush busting to find a suitable spot. I put my head down and pushed my way through the thick stuff until I came to an area that opened up a bit. There were a couple of game trails that came and went through this area and it was close to the river as well. Below are a couple of shots of the camera location and surrounding area. I'm very pleased with the camera's location and the area in general. 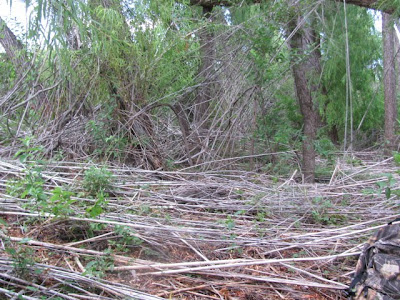 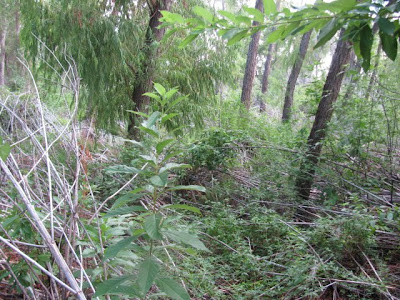 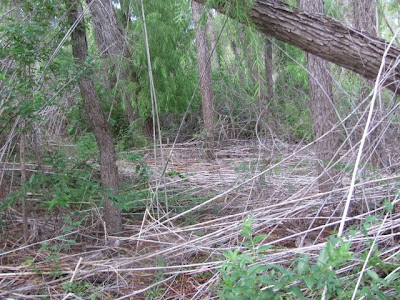 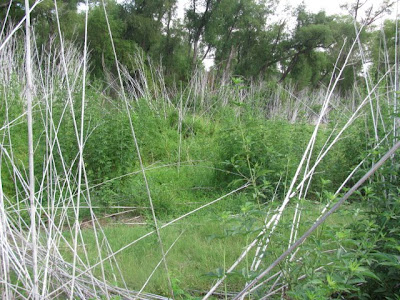 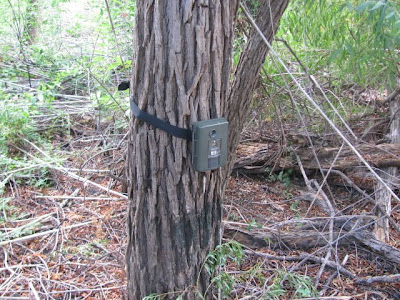 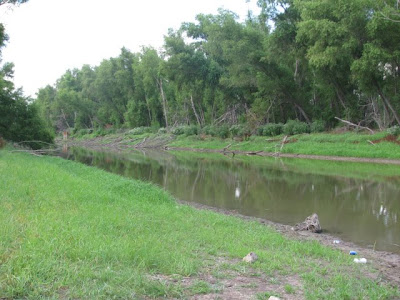 I actually located several other very promising potential camera locations. I have two more to deploy and this area is about a thirty -minute drive from my home. It may be more practical and efficient to have at least two cameras out in this area. 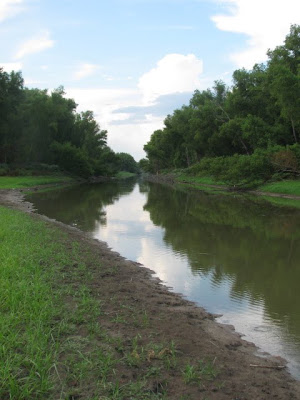 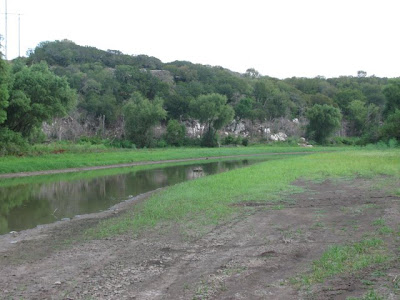 I did have some excitement on the walk back to my truck. I was approaching a point where what was left of two old roads came together in a "Y" when I spooked something to my left. It quickly ran from one side of the road to the other (on the road that formed the "Y" to my left). It bounded from the tall grass on one side, touched the road once about halfway across, and was in the brush on the other side in the blink of an eye. It quickly concealed itself in some thick brush. It was at least 3-4 feet long and jet- black in color. I did not notice a tail of any kind. It was definitely not a deer or a hog. It seemed to stretch and flatten out as it reached the opposite side of the road. That is all I can say about it for sure. I circled around trying to catch a glimpse of it again but it wouldn't move out of the brush. I really wish I had gotten a better look at it. I think if I had had a partner with me the animal could have been flushed a second time and possibly photographed. Maybe next time.
Posted by Mike at 11:30 PM