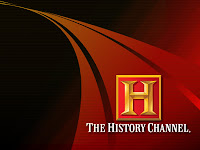 "A team of top scientists come together with one goal to create the definitive guide to Bigfoot. Does the creature exist? And if it does where is it? And how can it survive without being detected? Using a new interactive map the team has plotted more than 10,000 Bigfoot type sightings from around the world. These sightings are of an unidentified creature which walks on two legs and is covered in a thick layer of hair. Many of theses sightings date back over 100 years. With their expert knowledge of the natural world they are able to dismiss nearly 90% of the sightings, but what emerges is a series of global hotspots that cannot be explained which indicate that something is out there. The team examines these global hotspots and searches for explanations including new theories that suggest we may have been looking for the wrong creature all along?"

As always, I'm cautiously optimistic about how the subject will be treated. The trend of late has been encouraging as the last few shows dealing with this subject have taken an open-minded and serious look at the phenomenon.

I am curious to see where these "global hotspots" are located and if one of them falls in within the East Texas, Southeast Oklahoma, Southwest Arkansas, and East Louisiana region.

The final sentence troubles me a bit. I will be interested to see what the producers meant by saying, "..new theories suggest we may have been looking for the wrong creature all along."

I'll provide my thoughts on the show at some point later this week.
Posted by Mike at 1:00 PM

Email ThisBlogThis!Share to TwitterShare to FacebookShare to Pinterest
Labels: Bigfoot