I Thought This Was Interesting

Here is a link to an interesting article about the successful completion of a nearly invisible tree house in Sweden. Actually, a series of six of these units were built as part of a "Treehotel" 40 miles south of the Arctic Circle. You can read the details here. 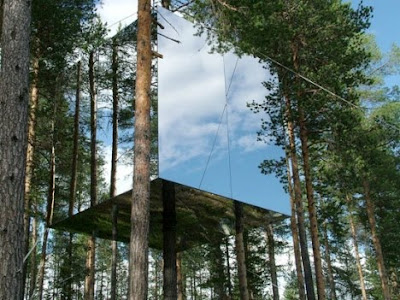 The concept for the "invisible tree house" was first publicized a couple of years ago. Several members of the TBRC discussed the possible uses for such a structure at that time. We felt that the potential for a small version of the unit as an observation blind would be great. It is true that in most animals the sense of smell is much more developed than their eyesight. I'm not sure the "invisible tree house" would be any more effective than a normal blind or stand as far as masking the scent of an observer. Primates are different though. The sense of smell in primates is not nearly as highly developed as it is in other types of animals. Primates rely much more heavily on their sight to find food or identify danger. If the sasquatch exists, as I believe it does, it is undoubtedly a primate. That being the case, it seems logical that they rely more on sight than smell. If true, the "invisible tree house" might be an effective tool in getting a glimpse of these creatures. 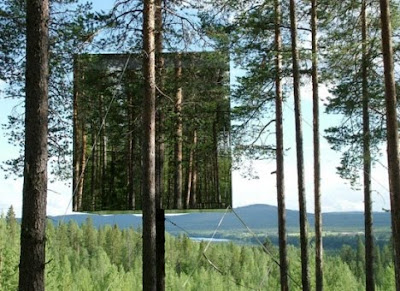 I would think the cost of such a structure would be too steep for most of us; however, I'm guessing a simplified reflective box could be built by some sufficiently motivated and inustrious individual. 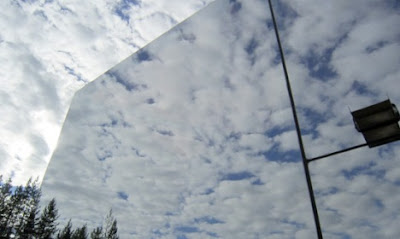 Anyway, I found the concept interesting then and still do now. I would be curious to hear if anyone out there has attempted to build anything even remotely similar.
Posted by Mike at 9:56 PM