The Dallas Zoo continues to have issues keeping it's great apes in their enclosures. According to a report on the KWTX website, a large female chimp somehow escaped her enclosure and made a bid for freedom last Tuesday. 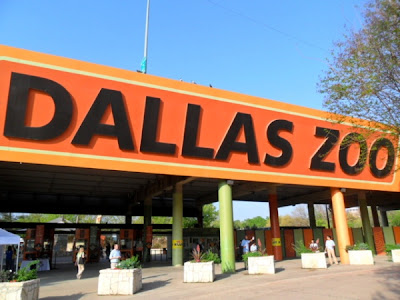 Zoo and city officials quickly closed down the "Wilds of Africa" exhibit and moved visitors to other areas of the complex. Zoo officials were able to tranquilize the chimpanzee and recapture it. The zoo’s deputy director, Lynn Kramer, says that the chimp is fine and that she and her crew are trying to determine how she was able to escape her enclosure. No details on the dimensions or design of the chimpanzee enclosure were mentioned in the KWTX report.

As I alluded to in the opening paragraph, this is not the first time the Dallas Zoo has had a large primate escape. In 2004, a male gorilla managed to scale a 14-foot cement wall to escape his enclosure. Once out of his enclosure, the big male found himself right in the middle of zoo visitors and attacked three of them before police shot and killed him.

This situation could have been just as tragic. One need look no farther than this 2004 event or the tragic incident that recently occurred in Ohio to know what fate usually awaits any sort of escaped exotic animal. While zoo officials were quick to point out that, this time, their escaped primate never left an area that was closed to the public, this situation could have had a very unhappy ending for all involved.

Two great ape escapes in the last 7 years at the Dallas Zoo are simply unacceptable. For the sake of the public and the great apes being housed there, I hope the Dallas Zoo gets it's act together.
Posted by Mike at 11:06 AM