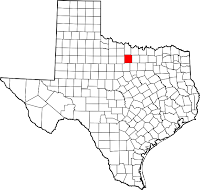 A woman in Jack County, Texas was bitten by what the local news media have dubbed a 'Chupacabra.' The woman was bitten on the hand after offering the animal a bowl of water. According to the report the woman is now undergoing treatment for rabies. View the news report here.

Jack County is located in North Central Texas and is sparsely populated. According to the U.S. Census Bureau there are only 10 people, on average, per square mile in the county. Jack County's wide open spaces support a lot of wildlife including large predators like cougars and coyotes. Occasionally, rarer species show up. For example, an ocelot was found dead on the side of one of the county's roads last year. There have even been a couple of alleged sasquatch encounters there. Now, it seems, we can add the 'chupacabra' to the list. 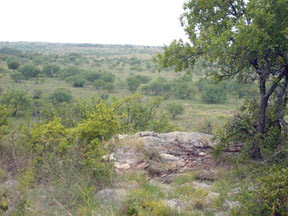 The animal was shot and killed in the aftermath of the attack. It fits the description of the 'blue dogs', hairless canines of some sort about the size of coyotes, that are now being seen all over the Lone Star State. The timing of this story is ironic as I posted just today about a sighting of one of these 'blue dogs' or 'chupacabras' here in Central Texas.

The animal was obviously in very poor health and the body was, according to the report, sent to a lab for testing. The woman who was bitten noted the animal's poor appearance and cites it as the reason she offered it water. The creature is gaunt and covered in scabs. The only hair on the body seems to be a wispy strip on top of the head and down the shoulders and back.

I have for years thought that these 'chupacabras' were nothing more than coyotes afflicted with severe cases of mange. While I believe that theory does explain a lot of these cases, I am beginning to wonder if it fits across the board. As I was preparing the post about the 'Chupacabra' sighting in Central Texas I revisited the footage of one of these animals running down a road outside of Cuero, Texas in DeWitt County. The footage, shot from a Deputy Sheriff's dashboard camera shows a very strange looking animal. The head is very big and the snout does not look coyote-lik at all. The animal is sporting a pair of ears that look like they would be more at home on a mule than a canine. Most of the 'blue dogs' or 'chupacabras' that have been killed have smaller heads and ears much more in proportion to their overall size. The animal that bit this lady fits into that category leading me to believe it was a sickly, mangy, dog of some sort. Occasionally, one of these animals exhibiting characteristics more like those seen in the DeWitt County footage surfaces. These are the animals whose DNA I would like to see tested.

Whether these animals are an as yet undocumented species, mutated coyotes, or varied species suffering from what seems to be a sarcoptic mange epidemic remains to be seen. Whatever they are some interesting questions should be addressed. If they are a new species where did they come from? Why are they showing up now? If they are some sort of mutated coyotes what caused the mutation? Why are they hairless? Why are they popping up all over the state? If they are actually several different common species, all suffering from mange, what can be done to stop the spread of the disease? Why is it spreading so quickly? Why now?

All interesting questions to ponder no matter what the 'blue dogs' or 'chupacabras' of Texas turn out to be.

*CORRECTION: The ocelot found road killed last year was actually found in Palo Pinto County, not far from Jack County. I apologize for the error.
Posted by Mike at 9:35 PM