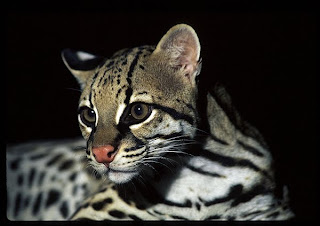 I'm still waiting to get my hands on the castings of the possible sasquatch tracks I and fellow TBRC member, Daryl Colyer, located last weekend. I know many are anxious to see pictures of the castings and I will update the site with those pictures and my opinions on what made the tracks as soon as possible.

In the meantime, I came across an article on the Mineral Wells Index website about an ocelot that was found road-killed in Palo Pinto County, Texas. I felt it was especially timely considering the recent documentation of an ocelot in Arizona. You can access the article, written by Libby Cluett, here but I will try to sum it up for you below.

The ocelot was found dead on U.S. 180, east of Palo Pinto by a county resident. The cat was a mature male weighing 35-40 pounds. The ocelot was, apparently, struck and killed by a car. The resident saw the cat, pulled over, and picked it up. Once the resident had the cat home she realized this was a special find. Why the resident decided to stop and pick up a dead cat on the side of the road is not clear. The story states that the woman thought she had picked up a bobcat. The cat was identified as an ocelot by the woman's husband once she had it home. The husband then contacted Texas Parks & Wildlife.

"It's an extremely rare species, " Game Warden Matt Waggoner said. "It is getting attention." He went on to add, "It's so rare and not many people have any experience with the species." Waggoner also said, "The Texas Parks & Wildlife Department is making sure it is taking the time and doing it right with this animal."

The TPWD will be conducting DNA tests on the ocelot in the hopes of deciphering whether or not it is truly a wild cat or an escaped pet (you just knew the TPWD would throw in the escaped pet theory didn't you?).

"There is a possibility that somebody might have been illegally breeding these cats," said Waggoner. Currently, zoos are allowed to have ocelots but individuals can not. The cats are officially listed as endangered by the U.S. Fish and Wildlife Department. 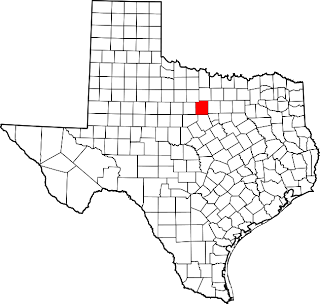 If the ocelot was wild it was a long way from what is generally considered home for the species. The cats are found in northern Mexico and south Texas. It is likely they are present in small numbers in southern New Mexico as well. The species was documented in Arizona for the first time just last year.

Are ocelots recovering in sufficient numbers to be spreading north into areas where they have not been seen in decades, if ever, or are the existing few cats being forced northward by poachers or habitat destruction? There is no clear answer at this time but I hope it is the former.
Posted by Mike at 3:52 PM