Wolf Attacks on Humans on the Increase 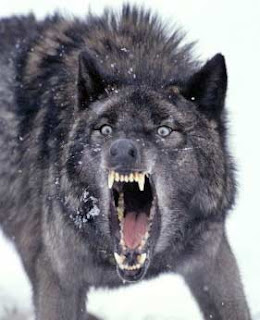 A story posted March 11 on the website of the Anchorage Daily News caught my eye recently. The article details a fatal wolf attack on a human being that took place in Alaska. I also located an article in the November 24, 2008 issue of Sports Illustrated that documents the tragic death of Kenton Carnegie in Saskatchwan as the result of an attack by wolves. These incidents occurred a long way from my home in Texas. However, the stories touch on some themes I have written about here a couple of times in regards to the increasingly aggressive behavior of coyotes and the nearly monthly sightings of big cats in suburban settings so I thought I would post something about it.

According the Anchorage Daily News article, written by James Halpin, a 32 year-old teacher named Candice Berner was killed by an animal, or animals, in the Alaskan community of Chignik Lake while out jogging on an isolated stretch of road. The official cause of death has yet to be confirmed by officials but the local villagers seem to have little doubt the woman was killed by a pack of unusually bold wolves.
Apparently, the pack had been lingering near the outskirts of town for several days. Villagers, already on edge due to the boldness of the pack, are now truly concerned about their safety after the attack. Chignik Lake resident, and a member of the Chignik Advisory Committee to the Board of Game, Johnny Lind said there was little doubt that the wolves in the area are becoming bolder. He said, "They've been having sightings nearby but not this close. They're right in town looking for food." The Anchorage Daily News article can be accessed here.

The Sports Illustrated article tells the tale of how young Kenton Carnegie met his demise while out on a walk in Points North Landing which lies about 750 miles north of the U.S. border. According to the article, written by Matthew Teague, Carnegie was out for a walk in an area where two men had been accosted by a pair of wolves only a day or so before. He was viciously attacked by at least two wolves and died only 600 yards from the safety of his camp. You can read the Sports Illustrated article here.

For decades I have heard that there has never been a documented case of a fatal wolf attack on a human. That has changed quite a bit over the last couple of years, I'm afraid. No longer can wolves be considered harmless to humans. Like all predators, wolves are opportunistic and will take advantage of an easy meal when it is offered them. Unfortunately, a lone human running or walking alone in the middle of a long winter, when food can be tough to come by, fits the bill of an easy meal. Grey wolves, also called timber wolves, are huge powerful animals. A human, even a big male, would be absolutely no match for a pack of these animals. People who live in known wolf habitat need to start taking precautions.

The real question is why, after two hundred plus years without any documented wolf attacks on humans, are we seeing them now? Are wolves getting more aggressive? There is likely no single answer to the question. However, I have definite opinions on why wolves suddenly seem to be seeing humans as prey.

The explosion of the deer population in this country has, in my opinion, played a huge part in all of this. There are several reasons for the increase in deer numbers. As pointed out in the Sports Illustrated article, the popularity of hunting seems to be on the decline. As our society becomes more and more urban, fewer and fewer go hunting. It is expensive, and, in many places, if you are not a landowner, difficult to find a place to hunt. It also seems that the more urban society gets the more hunting is seen by the masses as barbaric and inhumane. I can't tell you how often I have heard things along the lines of, "How can you shoot Bambi?" There are other things I could mention but the bottom line is that there are more deer in the U.S. than ever. Where there is an abundance of deer there will be predators.

An over abundance of deer would not, on the surface, seem to be a reason that people are coming into contact with aggressive predators like wolves. I believe it is a factor for a couple of reasons. In many areas there are too many deer and the habitat cannot support them. The deer, therefore, come into towns and communities to find food. Not only do the deer feed on flower and vegetable gardens but, often, are fed corn directly by residents. While hunting would be banned inside city limits or community boundaries, predators would have no qualms about following deer into these areas. I believe this is one reason apex predators like cougars, bobcats, coyotes, bears, and wolves are being seen more and more often in urban locales. Add to the mix the abundance of rodents, stray pets, abandoned buildings, and green belts often found in major cities and it isn't too hard to see that an urban environment might be more hospitable for a predator than it seems at first glance. Predators in urban environments would invariably come into contact with humans.

You may be thinking, "Fine," but the incidents described in the two articles mentioned previously did not take place in urban areas. True. However, I feel these two incidents are still tied to the explosion in the population of the prey animals we have seen in this country. It is a simple equation. More prey equals more predators. The fact that fewer hunters are out there taking shots at these predators means they are less afraid of people. Without their guns, humans are just slow-footed helpless targets for a major predator. The fact that the first thing a human that encounters a predator usually does is run only makes things worse. Running will trigger a predator's chase instincts. This can only lead to disaster. The fact that Candice Berner was jogging when she was attacked is probably not a coincidence. 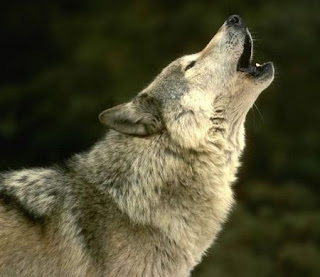 So, are wolves getting more aggressive? Overall, probably not. They are just doing what wolves do. There are just more of them. Yellowstone's wolf population has increased from 50 to 1,500 over the last decade. Minnesota's wolf population has jumped from 500 to over 3,000 since the 1950s. More wolves mean more encounters. Have wolves lost their fear of humans? In some cases, the answer seems to be yes. Federal protection and fewer hunters have made wolves less fearful of people. I believe wolves, like big cats and coyotes, may be adapting to live near, and possibly, within urban areas. As urban sprawl encroaches into their territory, predators have to leave or adapt. Some seem to be adapting nicely.

It is thought that wolves have been extirpated from Texas. It is also true that the red wolf, not the larger grey wolf, was the dominant canine in the Lone Star State when packs did roam here. That doesn't mean, however, that we should not learn the lessons of the wolf attacks discussed above. The same factors that are bringing an increase in wolf numbers are present in Texas, to a lesser degree, as well. Wolves may not be the predator that takes advantage of these more favorable conditions but coyotes and/or big cats just might.

So, keep your eyes open out there. The use of caution and common sense will go a long way toward keeping everyone safe.
Posted by Mike at 8:15 PM