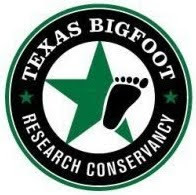 This will be my last post for a week or so. I am going to be out in the field as part of the TBRC’s Operation Endurance from June 4th-11th.

Operation Endurance is a forty-five day continuous research operation involving multiple four-person teams of investigators. The basic premise of Operation Endurance is pretty simple. Take an area of interest with a long history of sasquatch sightings and suspected sasquatch activity and stay there for an extended period of time in the hopes that definitive evidence can be obtained.

In my opinion, a large part of the reason the sasquatch remains undocumented is that the few who are trying to find this animal are limited to 2-3 day stays in the wilderness before having to pick up and go home to families and jobs. While it is possible that a “weekend warrior” could catch lightning in a bottle and get the proof needed to prove the sasquatch is a living creature, it seems unlikely. By maintaining a presence for an extended period of time, we in the TBRC are hopeful we can skew the odds a bit more in our favor and solve this mystery once and for all.

The effort is in direct contrast to some of the strategies being used by others. For example, you will see a lot of shows on cable television where researchers seem to locate extremely credible evidence over a couple of days only to pick up and head off to another location for next week’s show. I have always felt that if truly compelling evidence is found in a certain area there is no reason to leave to look for additional evidence elsewhere. Why, if you are truly convinced that a sasquatch is in the immediate vicinity, would you want to leave and start over somewhere else?

In any case, I will be out of pocket for a while. I will post an update on Week 1 of Operation Endurance, along with lots of photos, once I get home.